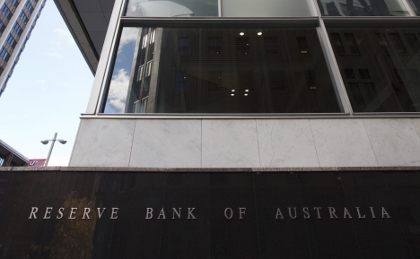 The Reserve Bank of Australia has delivered a pre-Christmas interest rate cut, but economists say the prospect of further reductions in the official cash rate are increasingly unlikely.

The RBA today reduced interest rates by a quarter of a percentage point to 3.00 per cent at its December board meeting.

It is the lowest the cash rate has been since early October 2009, during the global financial crisis.

The previous interest rate move was a quarter of a percentage point reduction in October.

In a statement accompanying the decision, RBA governor Glenn Stevens said global growth is expected to be below average because of the European debt crisis and the looming US fiscal cliff.

He added growth in Asia has been dampened by the slower rate of Chinese economic growth.

"Key commodity prices for Australia remain significantly lower than earlier in the year, though trends have been more mixed over the past few months," Mr Stevens said.

"The terms of trade have declined by about 15 per cent since the peak, to a level that is still historically high."

Three per cent is the lowest the RBA's cash rate has been since early October 2009, during the global financial crisis.

Mr Stevens said most indicators suggest that the Australian economy is growing around trend, led by mining investment.

"Looking ahead, recent data confirm that the peak in resource investment is approaching. As it does, there will be more scope for some other areas of demand to strengthen," he said.

The market was widely expecting an interest rate cut at the December board meeting, especially after the surprise decision to keep the rate on hold at last month's meeting.

"Their talk of inflation rising above three per cent leaves them less room to cut," he said.

"This is the second time they've suggested that inflation is higher than the market expects it to be.

"They also point out that the terms of trade is still at high levels, and that's a key driver of the currency - I think the RBA's wondering whether cutting rates will help bring the currency down."

HSBC chief economist Paul Bloxham said the rate cut was a result of the RBA trying to "pull off a great rebalancing act".

"The RBA has cut rates to try to support a bit of rebalancing in growth," he said.

Interest rate sensitive sectors, like housing and retail, would benefit from the attempt to grow non-mining sectors, he said.

"We're looking to see the Australian economy shift from being mining focused to being driven, as we look into next year, by the other parts of the economy that have been weaker recently."

Mr Bloxham predicted that today's cut was one of the last, if not the last, in the current rate cycle.

"But we'll be watching avidly the labour force data that comes out in a couple of days' time because the labour market is a key thing that we need see stabilised before we'd be completely convinced that they might be at the end."

Commonwealth Bank senior economist Michael Workman said the RBA's statement suggested concerns about the persistently high value of the Australian dollar may have contributed to the decision to cut.
"That could be one of the reasons the RBA has decided to cut rates here - the exchange rate still hasn't shown any signs of weakening," he said.

Mr Workman said the high value of the Australian dollar was one of the biggest negative influences on the economy.

He said the RBA was likely to cut the cash rate again in February.

"If the inflation numbers continue to show underlying numbers sitting around 2.5 per cent, with no sign of an upward trend, then they'll probably go again, especially if the currency is still around the same level."

The Urban Development Institute of Australia said today’s rate reduction was essential for the property industry, in the wake of predictions that Western Australia is likely to be 90,000 houses short by the middle of this decade.

UDIA WA chief executive Debra Goostrey pointed to research released on Friday by ANZ and the National Housing Supply Council that showed WA was 32,000 dwelling short in 2011, and the situation has been deteriorating.

“The reality is that housing stocks are falling behind our population growth at a rate of nearly 30 dwellings every day,” Ms Goostrey said.

“While first home buyers activity is at its highest level in three years, supply is simply not keeping up with demand, pushing the median rent in Perth up 13.9 per cent over the past year and vacancy rates down to a crushing 1.9 per cent.”

CBRE head of research Stephen McNabb was also of the view that the cash rate was being lowered to support a recovery in housing and commercial property construction activity.

“Lower interest rates help the economics of the decision to build and invest by further widening the spread between property yields and interest rates.

“However, we still require an improvement in confidence in growth prospects for the non-mining economy before we see a defined recovery, many of the indicators are still moving in a sideways direction.

“Rate cuts will support that, although it does appear to be a medium rather than short term timing for a recovery.”