RAC expects to start investing in other states as it looks to add more businesses to its already diverse portfolio. 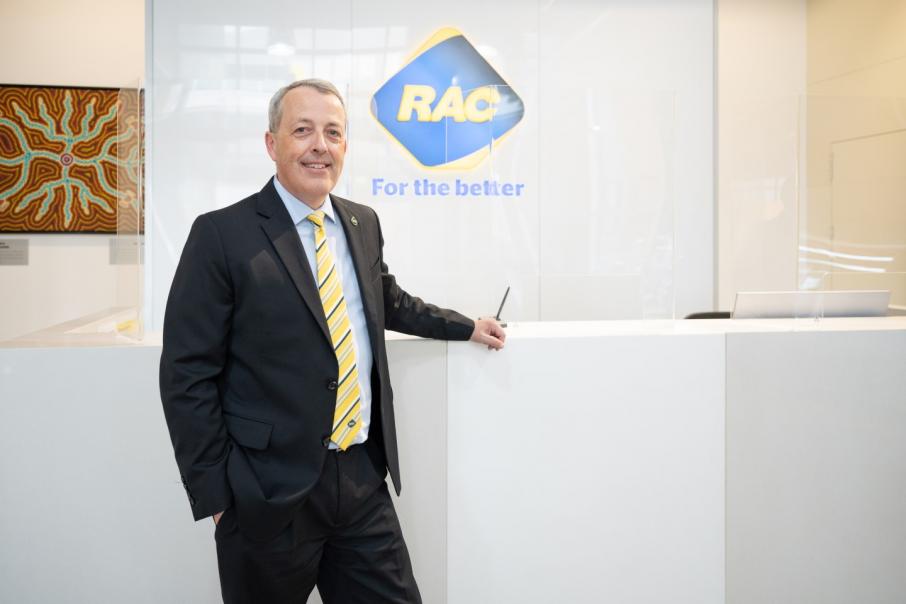 Rob Slocombe is on the lookout for opportunities.

As chief executive of the Royal Automobile Club of WA, most people would associate him with motoring services and house insurance.

But around these core services, the RAC has grown to become a large and diversified business that includes retirement villages, tourist parks and Western Australia’s largest venture capital fund.

Mr Slocombe has outlined plans that could substantially reshape RAC’s portfolio, including more investment in its tourist parks, the development of brand new business lines and the possible sale of existing investments.

“We are very happy with its current performance, but we bought into that as a financial investment as opposed to an operating investment,” he said.

“It’s not something we see as core to what we do.

“While I wouldn’t say it’s currently for sale, if somebody wants to come and talk to us about it, we are always up for a chat about the future of that business.”

Another prospective sale is Enrich Health Group, which is jointly owned with Quadrant Private Equity.

“Our anticipation is that business will go to the market at some stage in the next 12 months, probably before the end of next year,” he said.

Mr Slocombe believes Enrich would be a logical add-on for other players in the healthcare sector. “Its most likely as a trade sale rather than an IPO,” he said.

Mr Slocombe spoke to Business News shortly after the release of RAC’s results for the year to June 2021. They show an organisation in good financial health.

Its net assets, or equity, increased to $995 million. That gives it plenty of firepower to pursue new opportunities and diversify.

“Part of the challenge is that, with the exception of Enrich, all our businesses operate solely in Western Australia,” he said.

“It means we are pro-cyclical to the economic environment here. 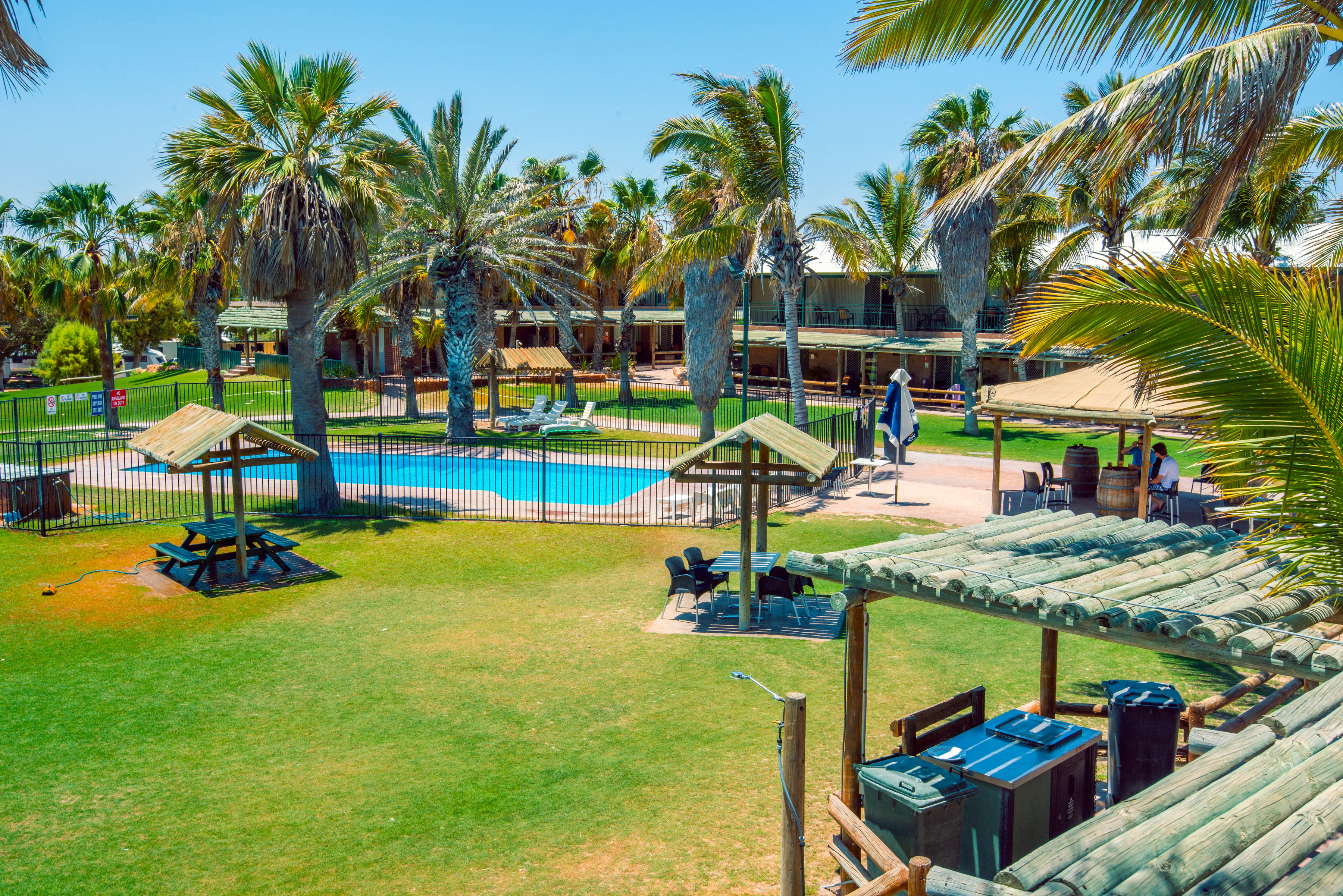 RAC is planning to invest $40 million at its Coral Bay resort. Photo: RAC

“We are keen to diversify to become counter-cyclical to the economic environment.”

Mr Slocombe is looking to add businesses of a similar size to some of its existing business units.

“My ultimate aim … is to add more businesses to the portfolio, probably of a similar size, that are able to give us $15 million to $20 million NPAT,” he said.

“And have a number of those alongside the existing businesses.

“Will they be in Western Australia, probably not.

Profit for a purpose

The scale of RAC’s business operations and the size of its annual profit appear to be at odds with its status as a not-for-profit association.

Mr Slocombe prefers to describe RAC as a for-purpose organisation and believes its commercial operations support that goal.

He says the aim of RAC’s commercial businesses is to protect the capital of the organisation – which is fundamental to its insurance business – and to generate a yield for the benefit of members.

Those benefits come from things like the RAC rescue helicopter, road safety education programs, and grass roots sponsorship such as the Town Teams movement.

Another big part of RAC’s purpose is its advocacy function, with a big focus on boosting regional road safety.

Mr Slocombe said RAC wanted the capacity to commit to longer-term programs in all those areas.

Looking at last year’s annual profit, he notes that a significant portion was in the form of mark-to-market profits.

Specifically, it benefited from a $32.1 million ‘fair value’ gain on its investment portfolio, mainly reflecting the strong recovery in share markets.

Conversely it had a $14 million write-down in the value of its investment portfolio in the previous year.

The strong recovery in investment markets also flowed through in the form of higher dividends, which were up 57 per cent to $22.3 million.

Reflecting on the big annual profit, Mr Slocombe asked rhetorically: “How much is too much?

“Our view is that we want to make sure we generate a real return for our members, that we protect their money, and to make sure we have the financial capacity to deal with things like Cyclone Seroja and storms since then.”

RAC’s motoring and home insurance business is by far its largest revenue earner.

Total insurance revenue was up 14 per cent to $720 million in the past financial year – about three quarters of the group’s total.

RAC also recorded a 17 per cent increase in claims expense to $514 million.

“FY21 was pretty benign for us with the exception of Cyclone Seroja,” Mr Slocombe said.

He noted that the current financial year started with some unusually wet weather in July and August, leading to a relatively heavy number of claims.

“Western Australians should be pleased they have an insurance company that is financially sound and doesn’t have any concerns about paying claims,” he said.

He believes RAC’s Perth base provides a competitive edge, as many other insurers have been bought by listed companies Suncorp and IAG.

“I think it really comes down to the local nature of what we do, and people see RAC as more than just an insurance company.

“They see the brand, they see the helicopters, the Arena, the roadside assistance, the parks and resorts, and they realise that as a member, they get far more benefit.

RAC estimated that it provided more than $60 million of member benefits in the past year.

COVID travel restrictions have had a major impact on RAC’s business operations.

Its travel business has been struggling, with sales commissions halving to $4.2 million in FY21.

But a big winner was its tourism business, which achieved an 81 per cent lift in revenue to $45.6 million, reflecting keen demand for accommodation at its parks and resorts.

RAC took on extra staff to cope with the higher demand, with the group employing more than 1,800 people.

The group moved into the resorts business in 2014, when it bought Cervantes caravan park. It has nine parks and resorts, from Broome to Esperance.

“Our intent is to do two things,” Mr Slocombe said.

“It’s to continue to expand the portfolio – we do have some gaps in the network – logical places are Albany, Kalbarri and potentially the Pilbara – and continuing to upgrade the parks.”

The group has invested $20 million at its Monkey Mia resort, is upgrading its Esperance park, and plans a new resort at Coral Bay with 90 rooms overlooking the ocean.

“We’re looking to spend more than $40 million up there; that will be a combination of workers accommodation as well as the actual resort,” he said.

Another growth area for RAC is its innovation business, and most notably venture capital investor BetterLabs Ventures.

The fund started in 2018 with a commitment of $3 million.

That has grown to $23 million, with drawdowns totalling $10 million.

It has invested in more than a dozen startup businesses.

In addition to the fund, BetterLabs Venture Studio incubates and commercialises companies that are wholly owned and funded by RAC.

Mr Slocombe said RAC was looking for innovations that might help its existing product lines as well as provide new commercial opportunities.

“The idea is to have a range of businesses that are exposed to different economic cycles,” he said.

The former category includes two ‘insure tech’ companies that may prove to be industry disrupters.

The venture fund has invested in US company Waffle, which provides a single location to access insurance using algorithms developed at the renowned Massachusetts Institute of Technology.

The venture studio is supporting Range Insurance, which allows people to turn their coverage on and off depending on use of their car.

“We are very aware that potentially we will need to disrupt ourselves to make sure we are ahead of the competition,” Mr Slocombe says.

The venture studio is also supporting tourism business Heyscape, which is building off-the-grid ‘tiny cabins’ across the South West.

“We are looking at things that not only stand in their own right as good ideas, but potentially if we expose them to the 1.2 million RAC member base, we can give them an additional leg up.”

Mr Slocombe said investing in startups supported RAC’s core purpose, to be the driving force for a better WA.

“We want to create a base of entrepreneurs to benefit the state.”

He said BetterLabs provided a kick start for investees.

“If we invest in something, we add a level of credibility to the idea, which means companies we are investing in are able to attract more money from family offices and other investors.

“That’s pretty neat to think we can help other businesses attract more money.”

Enrich Health Group has also been expanding, though this has come at a price.

RAC booked an $11.7 million expense in its FY21 accounts, reflecting its share of an impairment loss recognised in the Enrich joint venture.

This followed a similar impairment in the 2019 financial year.

Mr Slocombe said Enrich operated in the in-home and community care sector, where there were no big players.

“Over the past three years we have been buying up smaller businesses and combining them into that larger group,” he said.

“We are now, by our count, the largest provider of in-home care in Australia.”

Enrich also expects to secure more federal government funding packages so it can provide a higher level of care.

By comparison, St Ives is a mature business that is tied to trends in the WA property market.

It delivered a healthy profit in FY21 stemming from a high number of purchases (settlements) in its eight retirement villages.

“The model requires people to be moving through those units and the ability for us to release those units at the end to a new person,” Mr Slocombe said.

“We only get our money when the new person moves in.

“As a result, the whole business model is highly dependent on the prevailing property market because the majority of people that move into our units are selling their residential home to fund that move.”