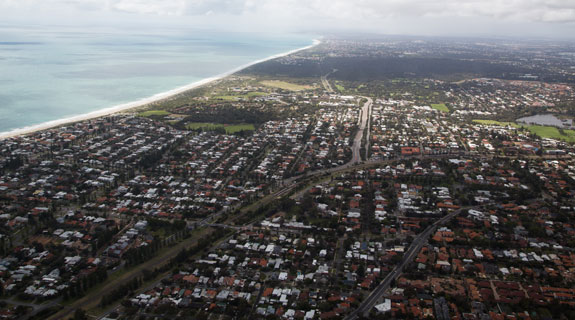 Changes to residential development guidelines – designed to ensure density is built in appropriate locations – have the potential to drive up the price of housing, put pressure on existing infrastructure and encourage urban sprawl, according to prominent industry players.

The changes include a reintroduction of a site area per dwelling calculation, which reduces the number of apartments that can be built on blocks zoned R30 and R35.

Mr Day said the changes were in response to community and local government feedback and brought the rules for apartments in line with those of units and townhouses, ensuring development is appropriate for the surrounding area.

“This change will provide local governments with the confidence, and in some cases, direction, to deliver density in areas around high-frequency public transport and major commercial and employment precincts,” Mr Day said.

“Focusing density to these areas creates vibrant communities where people can live, work and play while reducing our dependency on cars.”

However, the changes have not been welcomed by the property industry.

Property Council of Australia WA executive director Joe Lenzo said there was no hard evidence that the changes were necessary, saying they were a knee-jerk reaction to pressure from councils opposed to urban infill.

“This is in direct contradiction with the state government’s own 3.5 million policy.

“If these changes are supposed to target development around activity centres and stations they must be accompanied by significant rezoning in those areas or there is no hope of state and local governments reaching their infill targets.”

Master Builders Association director of housing Geoff Cooper said the changes were short-sighted and would restrict the housing choice available.

Earlier today, Business News reported vacancies in Perth apartments were lower than that of the wider market, which Mr Cooper said was an indication of residents’ desire for higher density living.

“By tightening the planning law screws, the Minister for Planning is denying people something that they clearly want – that is apartment living in Perth,” Mr Cooper said.

“Governments need to step back and let the market decide what sort of housing it wants.”

Momentum Wealth managing director Damian Collins described the changes as disappointing for the industry, but said they were also predictable, because of community opposition to multiple dwellings.

“What the most disappointing part from our point of view is it really seems to me that the government has given in to councils who, rather than modernise their planning schemes and make it fit with the future of Perth, they’ve just put their hands up and said ‘it’s too hard, we don’t want it’,” Mr Collins said.

“We’re already miles behind; this will make it even harder to hit those targets.”

Mr Collins said councils needed to be forced to change their planning schemes, or the state government to take over planning to ensure development at density was achieved in areas where they should.

But Mr Collins did acknowledge developers were facing significant challenges getting around the arguments brought forward by opponents of high-density living.

“It takes a few locally active people to start rabble rousing, and of course they contact councillors, who contact local members and it all feeds back to the state government," he said.

“Community newspapers have run a lot of headlines against it, I was reading one last week about some very modest changes proposed in the Town of Cambridge, and people were calling the mayor Hitler.

“And there is a councillor in the Town of Bassendean who said he’d rather go to jail than approve multiple dwellings at a council meeting.

“The language is just emotive way beyond the reality of what these things are; they are just small-scale apartment projects in the suburbs.

“People have gotten very emotive about it, but Perth needs to change, we cannot grow from 2 million to 4 million at the same scale and at the same urban sprawl.”