Matching the right talent with the right business culture is all in a day’s work for Kelly Quirk. 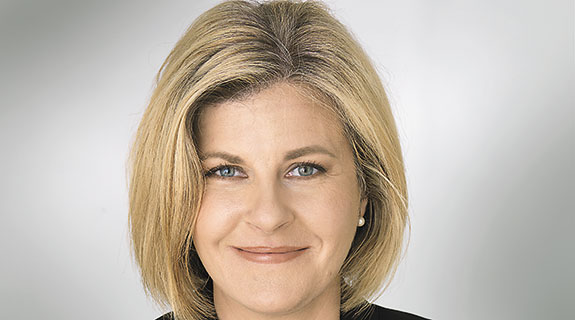 Matching the right talent with the right business culture is all in a day’s work for Kelly Quirk.

Kelly Quirk brings a wealth of experience across 18 years to her role with Harrier Human Capital.

Ms Quirk has worked in HR and talent management, and has held directorships at international giants Hays, Randstad and Robert Walters, across four continents.

She has led teams to support multinational companies achieve their strategic objectives through talent acquisition, employer branding and change management, and has applied expertise to shared services and multi-jurisdictional environments.

Working with clients in the Middle East, India and the Asia Pacific, Ms Quirk, who has an MBA, is an authority on cross-border resourcing and outsourcing solutions in emerging markets.

At 27, she took a leadership position with Hays to establish an international candidate attraction business with an aggressive growth strategy.

The strategy targeted the creation of 50 per cent additional income outside the UK within five years.

She said that target was a career make or break, and was perceived by most as unachievable.

But the results were impressive.

Within five years, the business grew from one where 75 per cent of revenue was derived from within the UK, to having 68 per cent derived internationally.

“I learned on the job,” she said. “I was accountable.

“My confidence, resilience and determination helped shape this success.”

In Perth, Ms Quirk leads a company of more than 100 employees delivering recruitment, strategic human resources consulting and managed solutions across Australia and the Asia-Pacific.

Harrier was established in Western Australia in 2007 as a managed solutions provider, and works to enhance an environment where a business’s people, its human capital, are its greatest asset.

“(People) represent a primary source of competitive advantage, and our objective is to help our clients maximise the return on investments they make in their own people,” the company said.

Ms Quirk started her career at Harrier with a 10-week appointment as an external consultant about three years ago.

The business was on the cusp of voluntary liquidation.

At the end of that appointment, she committed to stay in Perth and help turn the company around.

Under Ms Quirk’s leadership, the wholly Australian-owned company has doubled in size and is competing for contracts globally.

That has included securing two of the four largest HR, talent management and outsourcing contracts in Australia – with Coles and Chevron – creating a strategic partnership with the third-largest outsourcing company globally, and establishing an offshore shared services team in Manila to extend Harrier’s scope and breadth of offering.

Ms Quirk also led a reform of the company’s work culture and restructure of its board and shareholding.

The company has a very ambitious growth target under Ms Quirk’s leadership, and is determined to achieve its goals without compromising its key point of difference – its people and culture.

Ms Quirk, who was a managing director of a Fortune 500 company division at 33, now speaks at industry events to educate and mentor others in her field.

“Our achievements are generally limited by the beliefs we impose on ourselves, so learn to replace doubt with hope, fear with courage and self pity with a sense of pride,” she said.

Ms Quirk has also been heavily engaged in the community, both personally and professionally. She was also integral in developing a program to support local and international charities at Harrier.