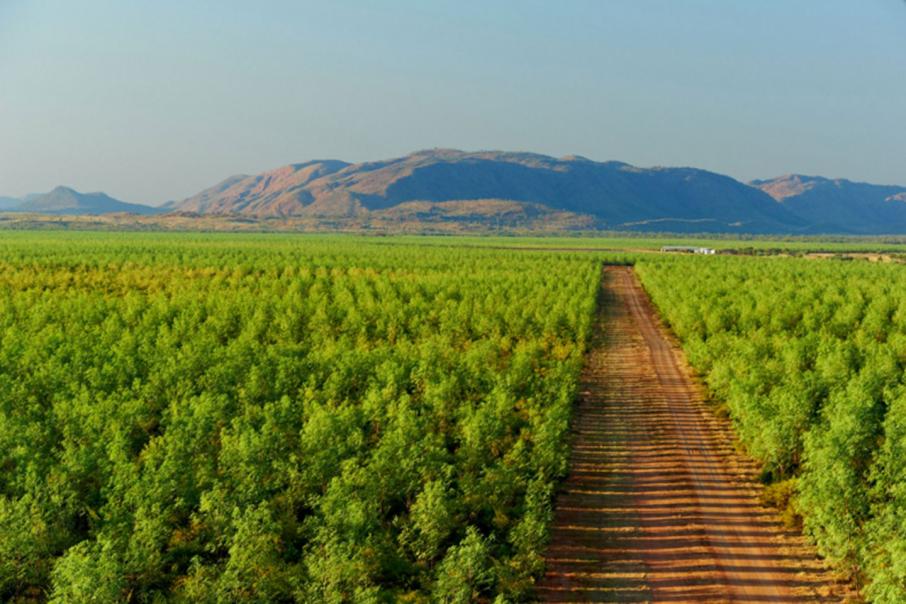 In a trading update lodged with the ASX yesterday, Quintis also said its shares would remain suspended as it was continuing discussions on a potential corporate transaction.

The company said it had received non-binding correspondence concerning potential equity and debt transactions from more than one interested party, but none constituted an offer for the business.

It did not disclose if any of these involved former managing director and major shareholder Frank Wilson, who left the business in March to work with a potential bidder.

That was after Quintis came under attack from a short-selling US investment fund.

Quintis said it was withdrawing its earnings guidance for the year to June 2017 because of the volatility in the market and uncertainty surrounding the company.

It had previously indicated cash earnings before interest, tax depreciation and amortisation for the year would be up about 25 per cent but that was dependent on sales of new plantations.

The company said it was unable to accurately predict the outcome of the coming sales season and had therefore suspended its sales program to managed investment scheme (MIS) investors.

It also revealed uncertainty around sales of sandalwood oil to Chinese customers.

It had previously expected Chinese sales of about $20 million in FY17, but now says sales will range from zero to a maximum of $8 million.

In response to the tough market conditions, Quintis has cut new plantation plantings in 2017 to about 900 hectares, down from 1,400ha previously planned.

In yet another surprise development, the company has terminated a $27.5 million sale of one of its Northern Territory plantations to an unnamed Asian investor.

Ownership of the 375ha plantation will revert to the company, which said it would seek a different investor.

In the lengthy trading update, Quintis acknowledged it should have written-off a $7.9 million intangible asset relating to a sandalwood oil sales deal with Nestle subsidiary Galderma that had fallen through.

Quintis defended its governance and disclosure practices despite a five month delay between the contract being terminated and the ASX being informed.

Separately today, the company said new chief executive Julius Matthys would be paid a base salary of $600,000 per annum, exclusive of superannuation.

After adding his cash bonus, superannuation and equity incentives, his total remuneration last year was $1.2 million.