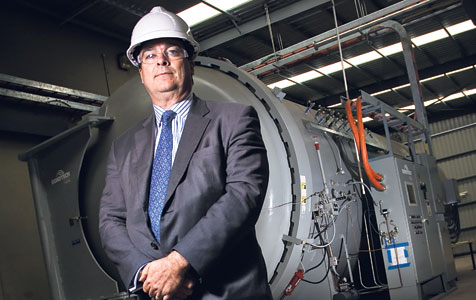 Quickstep announced the deal today, under which ORPE will use the process to produce large carbon-fibre shields for satellites during launches.

ORPE counts Airbus, Boeing and Siemens among its clients, which it services from offices in 20 countries including Germany, France, Switzerland, Great Britain and Italy.

The 18-month deal will involve all global divisions of Quickstep and open up the aerospace navigation, telecommunications and weather satellite markets, managing director Philippe Odouard said.

“Carbon fibre composites weigh much less than metal, which provides a big advantage in terms of fuel efficiency,” Mr Odouard said in a statement.

“The value of the Quickstep process is that it is cost efficient, suited to mass production and can mould carbon fibre into exact shapes for specialist use.”