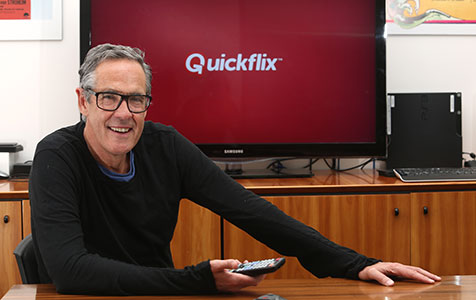 Dick Smith customers who make purchases of $100 or more will receive a Quickflix gift card entitling them to an introductory streaming subscription and online DVD rental valued at $47.50.

The partnership will be supported by media advertising and catalogue and in-store promotion.

The deal marks the latest example of Quickflix teaming up with established retailers and electronic companies to promote its online movie and television streaming service.

"Dick Smith is the perfect partner brand for Quickflix; we provide the leading-edge entertainment, and Dick Smith provides the consumer devices including smart TVs, game consoles, computers, mobile and tablets to enjoy it on," he said.