A contentious limestone quarry proposal in the state's South West has reached the EPA after being referred by the state’s Conservation Council. 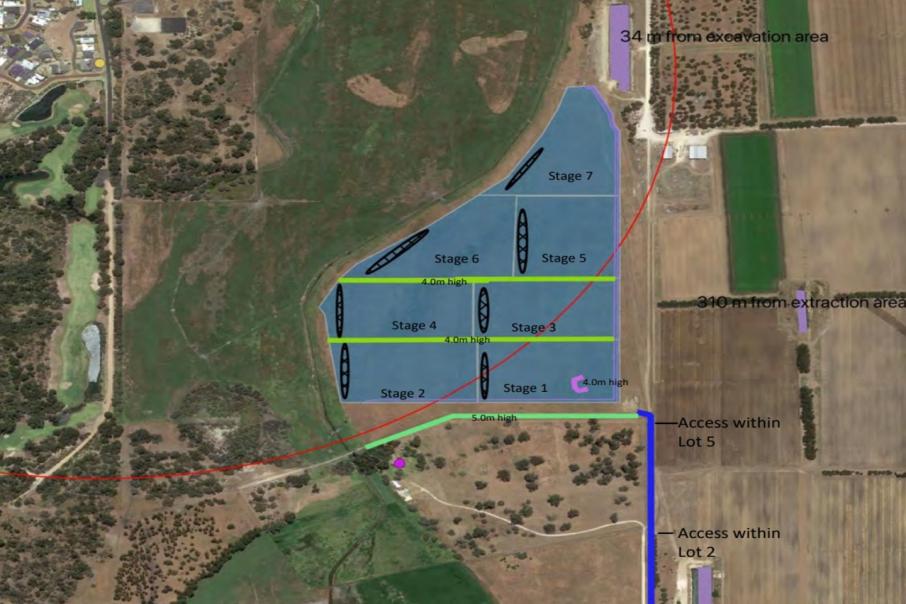 A contentious limestone quarry proposal in the state's South West has reached the Environmental Protection Authority (EPA) after being referred by the state’s Conservation Council amid staunch community opposition.

Bunbury-based logistics service MGM Bulk lodged a development application with the Shire of Harvey 12 months ago seeking permission to utilise 26 hectares of cleared farmland in Binningup to extract, crush and screen 120,000 cubic metres of limestone over a five-year period.

The proposal was met with opposition from sections of the community, with almost 400 local residents raising concerns about the potential impact of the proposal on threatened fauna, including the Western Ringtail Possum, and its potential to generate excessive dust, noise and heavy vehicle traffic.

Respondents also feared that the measures outlined in the proponent’s works and excavation plan did not adequately protect the hydrologic linkages to the Yalgorup wetlands and raised concerns about the proximity of the operations to nearby residential properties.

According to the EPA’s guidelines, the recommended distance between a non-blasting extractive industry and a sensitive receptor is 300-500 metres; and the closest residential property is 680 metres away.

In August, local government planning officers recommended that the council approve the development application as it complied with the required buffer zones and was unlikely to have an unacceptable impact on the amenity of the area.

While acknowledging the community’s concerns, officers stated that the concerns were unlikely to be realised and not justifiable grounds for refusal under the current planning laws.

But the council chose to back the community, refusing the proposal on the grounds that the proposed management plans were not considered adequate to manage likely offsite impacts to protect the amenity of residents within the Binningup town site.

However, the initial refusal was set aside and the development approval granted in December last year after the State Administrative Tribunal urged the council to reconsider the application following an appeal by the proponent.

This morning, the EPA announced it had opened a seven-day public consultation period to determine whether the proposal should be assessed and, if so, the level of assessment required.

It was also supported by a petition presented in parliament by Member for Murray-Wellington Robyn Clarke, containing 700 names of people opposed to the location for the quarry.

MGM Bulk manager Craig Carbone told Business News the issues raised within the referral had been dealt at a local government level during the development application process.

He said the company had obtained the necessary approvals and licenses for the quarry, including an extractive industry licence and development approval, and was confident the proposal was environmentally sound.