Quality is king as China cleans up

China's great environmental clean-up is starting to produce knock-on effects in Western Australia, with none more interesting than the ‘quality clash’ in the iron ore sector. 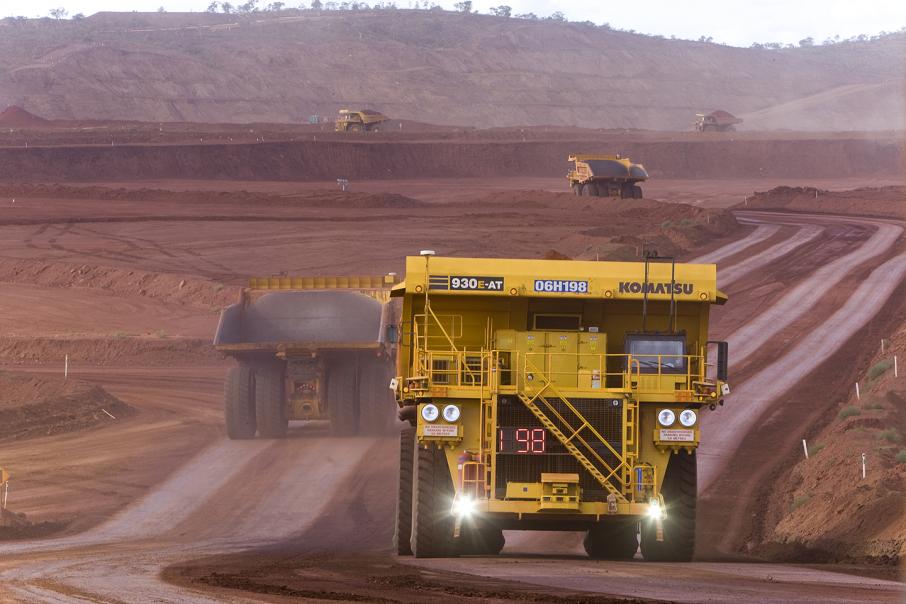 China's great environmental clean-up is starting to produce knock-on effects in Western Australia, with none more interesting than the ‘quality clash’ in the iron ore sector.

The dividing line is the price of ore, which is traditionally based on material assaying 62 per cent iron, with few impurities such as silica, alumina or phosphorous.

Companies to hit that standard get the widely quoted rate, which has recently been around $US60 a tonne, and perhaps more for really high-grade ore, such as the magnetite concentrate produced by Sino Iron, which has virtually no impurities.

Companies delivering ore below 62 per cent iron content cop a discount, which rises as the grade falls. Reports of recent sales at a whopping 40 per cent discount means $US60/t shrinks to $US36/t – that hurts.

Perhaps more interesting than the clash of quality is the potential for it to become a clash of personalities, with retiring Fortescue managing director, Nev Power, confident the discounting will not continue for long, and MinRes managing director Chris Ellison concerned that it might be a long-term event.

Who’s right is the unknown; though it might be significant that Fortescue is totally reliant on iron ore for its profits. MinRes has several other income streams, including a rock-crushing business and a fast-growing lithium mining business.

The low-key (but straight-talking) Mr Ellison has even warned that if the discounting continues, MinRes might consider suspending iron ore production until a new transport system can be started as a step in cutting costs.

Fortescue, which already has a slick rail and port operation, is not concerned about current operations, though there is concern in the investment banking community that the company’s future profits could take a haircut.

This more environmentally sensitive policy is deeply significant, in both China and the countries that supply much of its imported raw materials.

Just as Chinese mines and factories have been ordered to limit emissions of pollutants that regularly turn the air of major cities into a poisonous soup, so too are international suppliers being warned that China only wants premium raw materials.

All sorts of commodities are affected by what’s happening in China. Alumina refineries are being mothballed, steel mills ordered to limit production and rare earth mines closed.

Iron ore, WA’s biggest export, is a useful case study of what’s happening because, in simple terms, ore grading 62 per cent iron means 38 per cent has to be dumped as waste. Ore at 56 per cent iron implies a 44 per cent waste ratio.

The waste issue is actually far worse because sub-standard ore can also require some form of upgrading, such as sintering, a highly polluting mid-step on the way to iron becoming steel.

The heat is on for miners of low-grade ore, with some mines in the Indian state of Goa reported to be closing because of the hefty discount on what they mine, whereas in WA the issue is currently confined to a war of words.

In one corner there are people who believe the discount issue will be a protracted problem, such as Mr Ellison; in the other are people hoping for a return to a minimal discount, such as Mr Power.

And then there are the elephants in the room – WA’s BHP and Rio Tinto – both with extensive orebodies containing 62 per cent ore, just what China wants.

And this is when the quality question gets even more interesting.

Because they are getting the top rate for their material, both BHP and Rio Tinto are planning significant expansions. BHP is working on the $3.2 billion South Flank mine to replace the depleting Area C mine, and Rio Tinto wants to lift annual output from 330 million tonnes to more than 400mt.

If China persists with its environmental clean-up it is possible that some of WA’s lower-grade mines might get cleaned out, or cut back, which is what one analyst has already suggested should happen at Fortescue.

Earlier this month, Andrew Hines, from the Melbourne stockbroking firm Evans & Partners, suggested that Fortescue might consider reducing the production of low-grade ore and focus on the higher-grade material to attract a higher price – a suggestion that is highly unlikely to be welcomed.