Central Queensland University will open its first Western Australian campus at the end of the month in the Perth CBD. 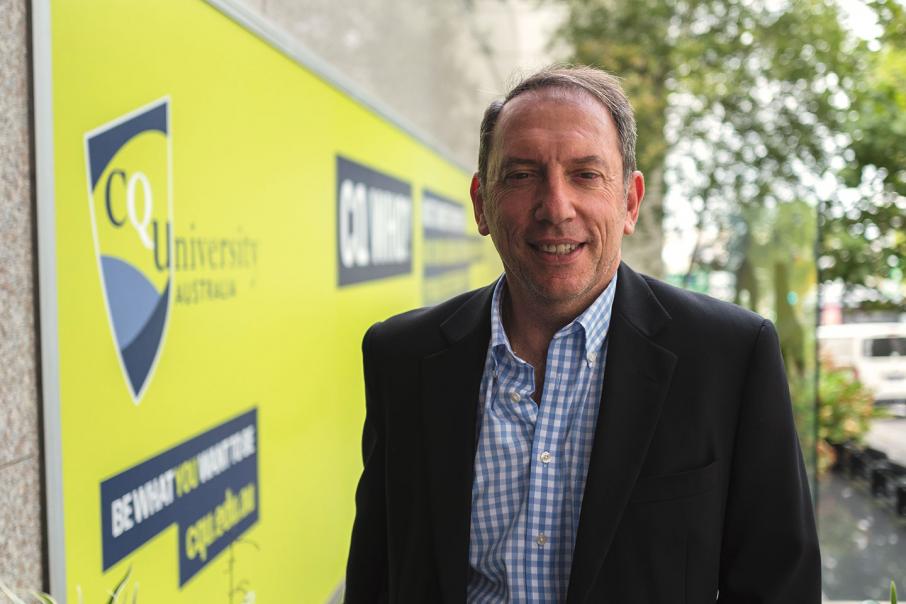 Trevor Davison says the university offers a point of difference to students with its distance education model and speciality in regional study assistance. Photo: Attila Csaszar

Central Queensland University will open its first Western Australian campus at the end of the month in the Perth CBD.

The university is no stranger to WA, however, having operated alongside the state’s major tertiary institutions for more than four decades.

CQU has offered distance education throughout Australia since 1974, and last year had more than 500 WA students engaged in its distance education model, which offers online course material with face-to-face support options at its study centres across the state.

CQU started operating out of the Geraldton Universities Centre in 2011, where it currently has 230 students and is one of three partner institutions connected to the centre.

CQU WA-based associate vice-chancellor Trevor Davison said the university recognised an opportunity to address a gap in the state’s market with an expansion strategy based on a two-pronged plan – build the physical presence of its distance education and regional hubs, and marry this with a larger-scale campus based in a central location.

“Most universities offer the same things in terms of degrees but we don’t compete with UWA and we don’t want to – we’re looking after a different market,” Professor Davison told Business News.

“When we talk about the ‘gap’ we’re talking about the delivery gap, a way-of-studying gap. We’re not here marketing a course like nursing, we’re marketing how we do things.

“And that’s our point of difference; over time we have developed a successful and efficient model for serving regional Australia.”

Since CQU was founded in Rockhampton, Queensland, in 1967, the university has expanded its operations across 24 locations in five states, and currently has more than 30,000 students Australia-wide.

Professor Davison said the university had been focused on a growth strategy for the past seven years, during which time student numbers had increased 5 per cent nationally, year-on-year.

He said the current low price points of Perth’s commercial property market, coupled with The City of Perth’s vision to bring new types of tenants into the city, had provided opportune timing to sign a 10-year lease for a prime spot on William Street.

The Perth base will offer support to regional students as well as delivering several face-to-face courses, including accident forensics and medical sonography, which Professor Davison said was an industry currently experiencing a national shortage.

“The university world is changing radically; five years ago you could understand what a full-time student was,” he said.

“Now, most attendance is not compulsory and a lot of students want flexibility – to stay home, do things online and go on campus whenever they want.

“We’ve had over 400 applicants for 2017 from people with a WA postcode and a percentage of them classify themselves as distance students, so it looks like we’ll have about 100 students who will attend campus full-time.”