Once the clear leader of Australia’s aviation industry, Qantas has provided a dramatic demonstration of what happens when management ignores the views of its customers. 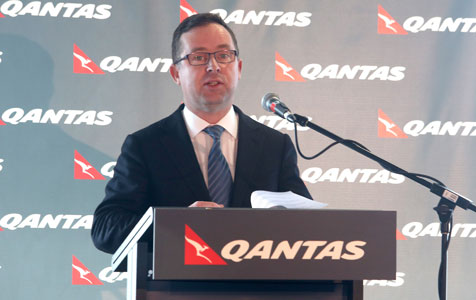 Once the clear leader of Australia’s aviation industry, Qantas has provided a dramatic demonstration of what happens when management ignores the views of its customers.

The $2.8 billion loss reported earlier today by the airline was confirmation of what critics have been saying for several years; that Qantas is a fading star because it has failed to deliver what customers want.

Explanations from Qantas management for the huge loss range from intense competition on its domestic and international routes to high fuel costs and the need to write-off the value of its aircraft fleet.

Much of that is undoubtedly true, as is the problem of the cost structure at the airline, which has its roots in government ownership and suffers from the lingering effects of a common government complaint – over-staffing and overly generous wage rates.

But behind all the official accounts there is a very deep-seated problem that no amount of cost cutting or asset-value write-downs will fix; and that’s the loss of customers to other airlines that offer a better service.

Most observers of the Qantas malaise in Sydney or Melbourne appear to believe that, once the latest loss is absorbed, it will be back to some sort of business as usual at the airline.

Investors certainly seem to subscribe to that theory, because in the hours after the big loss was reported the price of Qantas shares went up, not down.

The easiest explanation for today’s 8 per cent rise in Qantas shares to around $1.40 is that the airline has taken its medicine, all the bad news is out, and it should be plain sailing next year.

One well-credentialed analyst described the loss as “gut-wrenching”, adding that it was one of the biggest “deck-clearing” exercises in Australian corporate history.

The airline’s chief executive, Alan Joyce, was even said to have been upbeat about the outlook because he believes the business has hit the bottom and recovery will be evident in the first half of next year.

Qantas shareholders certainly hope he is right, and analysts at some investment banks are telling clients that he might be right. But missing from the rollcall of optimists are that incredibly important, but so often overlooked group of people called customers.

Apart from offering lower airfares, which would simply perpetuate the airline’s financial challenge, it’s hard to see what might entice travellers back to a business that seems to have done everything possible to annoy them.

The best place to see how annoying Qantas has become to its customers is Western Australia, where the airline has effectively cancelled its international service by handing its long-haul overseas business to Emirates – a topic explored here several times over the past few years.

Once lost it’s very hard to win back customers, and while there is not a definitive answer to the question of how many customers Qantas has lost over the past few years, a glimpse is contained in today’s annual profit statement.

Most interest in that document, and its accompanying management presentations, is in the statutory $2.8 billion, which includes aircraft-value write-downs, and the underlying loss of $646 million.

There will also be some comment in coming days over the disintegration of the Qantas balance sheet, which has taken a savage haircut that reduced net assets from $5.8 billion to $2.87 billion – effectively meaning Qantas today is half the business it was yesterday.

What is most interesting from a customer-is-king perspective is the 3 per cent fall in net passenger revenue to $13.24 billion, a number that reflects cheaper tickets thanks to intense competition, and perhaps fewer passengers.

All the explanations in the world, and forecasts that the bottom has been reached, will not convince everyone that Qantas is on the road to recovery.

The reason for being gloomy is simple and boils down to a view that Qantas is not a customer friendly business.

But that decline in passenger revenue, which is the lifeblood of an airline, tells a story of customers either being enticed away by competitors’ cheaper flights, or of customers simply going to other airlines that offer a better service.

As a business school case study, Qantas remains a classic in how you must never lose sight of why you’re in business, and that’s to please the customer – and then take his money.