More than half of Western Australia’s major universities are below the national average on measures of employer satisfaction, according to the results of the latest Quality Indicators for Learning and Teaching (QILT) survey. 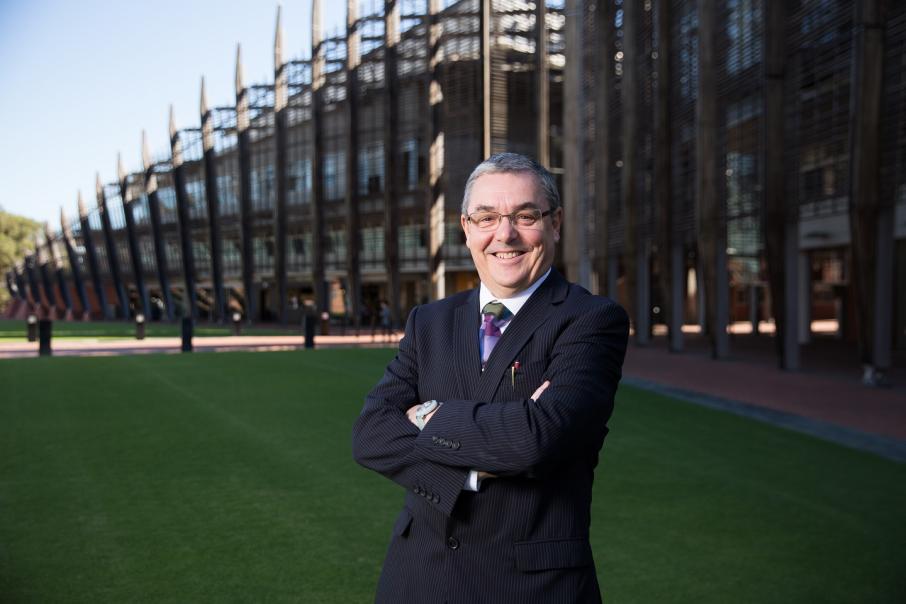 More than half of Western Australia’s major universities are below the national average on measures of employer satisfaction, according to the results of the latest Quality Indicators for Learning and Teaching (QILT) survey.

The government-administered survey, which is run annually and quantitatively measures graduates’ experiences and employability in the workforce, attempts to offer a clear understanding of how students progress through university and their professional life. 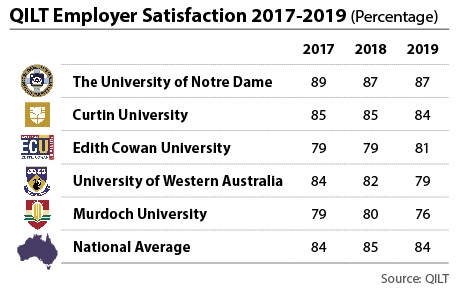 Compared to the nationwide average, however, WA’s graduates underperformed, with graduates of Murdoch University, the University of Western Australia and Edith Cowan University earning satisfaction percentages of 76, 79 and 81 respectively.

That represented a particularly poor performance for Murdoch, which ranked at the bottom of all universities in Australia on this measure.

Although UWA, ECU and Murdoch’s scores reflected a relative disappointment with WA’s graduates, ECU vice-chancellor Steve Chapman told Business News they were ultimately unconstructive ways of viewing the value of a university education.

Professor Chapman said he was generally sceptical of ranking institutions, pointing out that the confidence intervals ascribed to employer satisfaction were wide and could cast doubt on whether the spread was as dramatic the published results appeared.

“The problem with the QILT survey in terms of employer satisfaction ranking is it makes a league table,” Professor Chapman said.

“Employers are generally satisfied with the graduates that all universities are turning out; if you look at [our score], our confidence limit goes up to 84.9.

“Apart from a few outliers at the bottom and the top, most universities are within one standard deviation of each other, so you’re making a league table where literally a fraction of a per cent can move your considerable numbers in either direction.”

Professor Chapman said employer satisfaction was not always the best lens through which to judge the value of a higher education.

“Universities have evolved over time to do more than one role,” he said.

“Then we have the other role where people simply want to come to university to be educated and become a well-rounded individual, and [study subjects like] medieval history, philosophy or ethics.

“They’re equally valuable, they’re just not skilling you up for one particular profession.”

He was, however, content with the quantitative method of measuring employer satisfaction with graduates, saying that it gave an understandable overview of how a university is performing relative to others.

“When you get into qualitative measures, it can get quite difficult to do that comparison.”