Perth-based private company QCG Resources has announced plans to raise up to $60 million in an initial public offering to fund its purchase of the mothballed Avebury nickel mine in Tasmania. 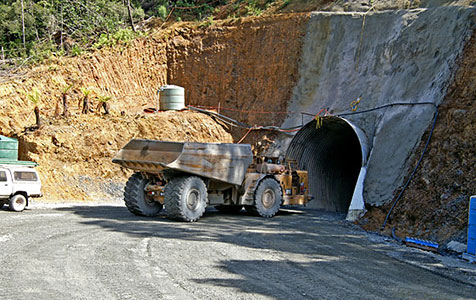 Perth-based private company QCG Resources has announced plans to raise up to $60 million in an initial public offering to fund its purchase of the mothballed Avebury nickel mine in Tasmania.

QCG, which is chaired by mining veteran Doug Daws, last month revealed it had signed a binding agreement with Chinese-controlled miner MMG to purchase the Avebury mine for $40 million.

Avebury was placed on care-and-maintenance in 2009 due to low nickel prices, just months after first production at the mine.

QCG has paid a $1.75 million deposit and is now required to make a $33.25 million closing payment.

It will also make two further payments worth a combined $5 million subject to meeting nickel in concentrate production targets.

QCG plans to change its name to Avebury Nickel Mines ahead of its proposed ASX listing and says it is in advanced discussions with investors and financing partners.

The company has appointed a raft of advisers to assist in the IPO process, including legal counsel Steinepreis Paganin, accountants Deloitte, and mining consultant CSA Global.

QCG managing director Chris Daws said the board was optimistic it would be able to raise the funds required for the IPO.

"Nickel prices have experienced strong growth in recent months and are expected to continue rising in at least the short to medium term," he said.

"Avebury is a great acquisition. For a mine that has been on care-and-maintenance for five years it is in excellent condition and we do not anticipate any problems getting it back into production."

Mr Daws said internal studies conducted by QCG as part of its due diligence process showed that the project was economic at current nickel prices and could be restored to production within a short timeframe.

The company has commenced design works on plant modifications to bring the mine back into production.