SPECIAL REPORT: Accounting firms are widening their services into new areas as they seek a competitive edge. 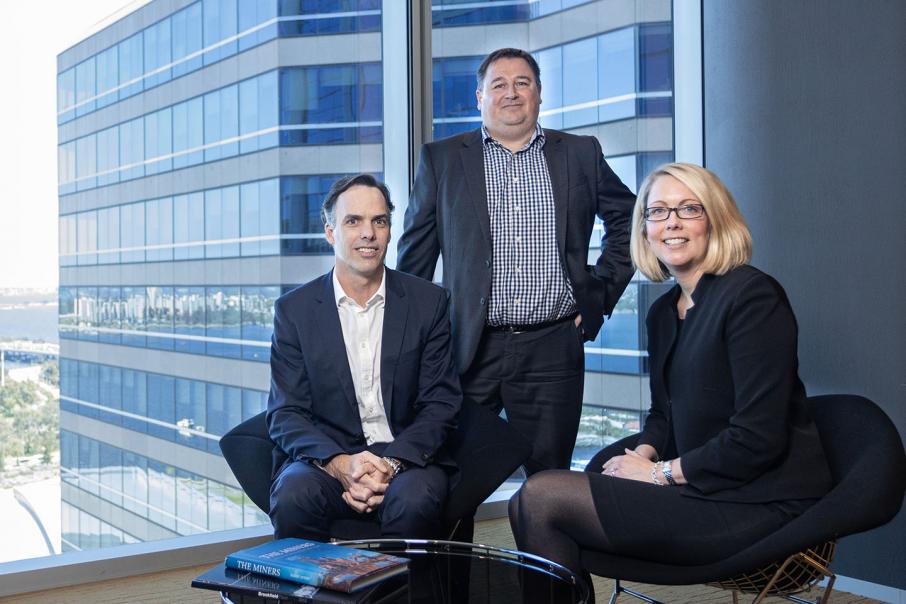 Accounting firms are widening their services into new areas as they seek a competitive edge.

When gold miner Saracen Mineral Holdings announced its takeover of Bligh Resources earlier this year, it was a watershed moment for PwC.

It wasn’t a large deal, valued at just $38 million, but it was the first time one of the big four accounting firms in Perth had filled all key advisory roles on one public transaction.

“It was the first buy-side public markets deal in Perth that involved our teams in mergers and acquisitions, legal, tax and financial due diligence, we did the lot,” PwC corporate partner Darren Carton said.

“It was a true ‘one-stop shop’ transaction for PwC and it was fantastic to be able to execute this for one of our key clients.”

The Saracen transaction was the culmination of a strategy that has enabled PwC to add increased capability to its deals team, headed in Perth by Mr Carton.

The most notable step was the recruitment early this year of Chris Bingemann, who spent a decade with global investment bank Merrill Lynch, including as head of its Perth office.

“In the M&A side, we’ve historically been heavily focused on executing private transactions; many of these have come from our private client practice,” Mr Carton said.

“Our clients already come to us for the traditional services of tax or audit so we already have a trusted relationship and we know each other.

“Bringing Chris to our firm and targeting the public company market adds an extra string to our bow.

“The key is having an integrated offer, so we can help clients with multiple aspects of a deal under one roof.

“They can deal with one consistent touch point and they don’t need to manage the scope gaps between advisers, because we can manage that ourselves. That can create great efficiencies.”

Mr Bingemann said he was attracted to PwC’s strategy of having a fully integrated global platform.

“The traditional offering, private company sell-side mandates, will always be a core business for us,” Mr Bingemann told Business News.

“We are building out our public markets capability because we do see the opportunity to have a broader corporate finance offering.”

His addition to the Perth office followed similar moves on the east coast, where PwC has hired senior people from the likes of Credit Suisse, Macquarie, Citi and Rothschild.

It also followed the growth of PWC’s legal practice, which gave it the capability to act as both financial adviser and legal adviser to Saracen, in addition to traditional corporate finance services such as due diligence.

PwC is not alone in diversifying its service offering.

In the corporate finance space, one of the most notable moves in recent times was BDO’s acquisition of local boutique practice Tomkins Turner Corporate Advisory early last year.

More broadly, accounting firms now offer a wide range of services in everything from cyber security to IT consulting and cloud services.

BDO’s diversification has helped it achieve considerable growth over the past two years.

It has 25 partners and 190 professional staff and ranks as the sixth largest accounting firm in Perth, according to the BNiQ database (see page 19).

The trend towards consulting services has been shared by RSM, which ranks at number five on the BNiQ database with 28 partners and 319 professional staff.

Managing partner Con Paoliello said that, as well as diversifying its consulting services, it had been developing specialist teams in fields including R&D tax incentives.

“A lot are reaching out and saying, ‘Hey, we need help here’.”

Like its big four peers, KPMG has been making acquisitions in Australia that go well beyond the traditional remit of accounting firms.

In the past year it has acquired a branding and marketing consultancy and a property due diligence business, and employs professionals as diverse as engineers, doctors and psychiatrists.

Matt Woods, who leads the firm’s Western Australian office, said he preferred KPMG to be known as a consulting firm than an accounting firm in light of these changes.

“It’s because our clients require more holistic solutions,” he said.

“We want to stay more relevant and have deeper relationships.”

This added 27 partners and more than 200 specialists to KPMG across Australia, including 25 in WA.

The big four firms getting back into insolvency marks the reversal of what happened a decade ago and reflects changes in both customer needs and the regulatory environment.

It’s a similar story in legal services, with all of the big four firms establishing and building up in-house legal practices over the past few years.

In the WA market, EY has the largest legal practice after its 2016 acquisition of tax and estate planning specialist Norton & Smailes.

“We’re aiming for 50 to 60 partners across Australia, which means probably four to five in Perth,” she said.

Despite this, Ms Pope described the legal strategy as very targeted.

“We are only in specific areas that are adjacent to the services that the firm already provides to our clients,” she said.

She emphasised there were no litigators in PwC Legal, although some of her tax colleagues did provide litigation services.

“Traditional litigation does not fit with the areas where PwC wants to progress the legal team, which is sitting alongside the tax, valuations and M&A teams,” Ms Pope said.

Mr Bingemann said he believed chief executives were frustrated by having to deal with multiple advisers.

He explained that investment bankers pitched deals but executives also wanted to know the potential issues in tax, legal, accounting, funding and implementation.

“That means the executive has four advisers on the deal, they are all incentivised to push it, the risk of leaks increases, and time running the transaction increases,” he said.

“One chief executive said to me: ‘What I’d like to know is, here’s an idea, here’s the issues, and here is how we will solve them. If you bring that to me, we can assess it first, and decide if its worth spending the time and money chasing it’.

“The origination is still core to any transaction; we’ve got that, and we’ve also got the expertise within PwC to execute.”

“The big four are incredibly well networked, that was a real differentiator,” he said.

“Where I want to be is leveraging the relationships we’ve got here and delivering the most value to clients.

“As we’ve seen, the global banks come and go from Perth or move further up the value chain.

“Perth is always going to be a mid-cap market, that’s where the majority of deals are.”

“We are actively hiring, targeting experienced people in Perth and those wanting to return to Perth,” he said.

“We’ve just had our executive board in Perth, which was really interesting.

“The discussion was all about Perth and growth, compared to some aspects of the east coast where it looks to be slowing.

“The other strong area is agriculture – the protein thematic – from both investors coming in and businesses looking to grow and needing capital,” Mr Bingemann
said.