Putting the ‘co’ in community

OPINION: More fluid, transportable working arrangements are finding their echo in the domiciles of a growing number of independent professionals. 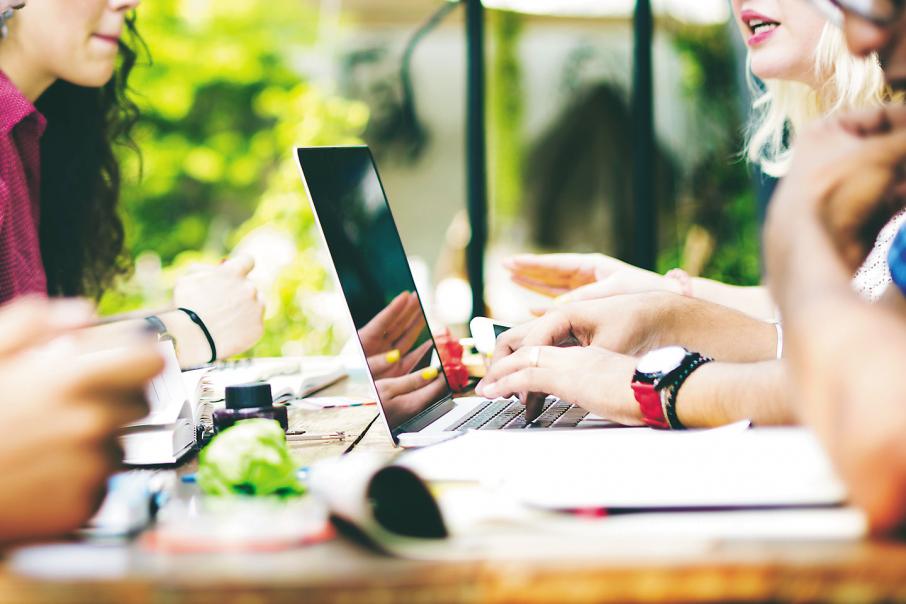 Just as the way we work is changing, so too is the way we live. In many ways, both are becoming increasingly independent and solitary.

The Australian Bureau of Statistics predicts a staggering 65 per cent increase in single-person households in Australia over the next 25 years. Business Insider Australia reports up to 80 per cent of employees already work outside of the office at least one day a week, with one in three already working from home as of 2015, according to the ABS.

Co-working spaces have become an increasingly popular choice as an office replacement for consultants, freelancers and other independent workers – providing both the basics of work (desks, WiFi) and colleagues and community on demand. According to the Global Coworking Survey, 1 million people worldwide will work from a co-working space this year.

Silicon Valley-based co-living startup Hubhaus has just raised $US1.4 million, while in Australia, Base Commons is set to open its doors in Melbourne in early 2019.

Base Commons director of partnerships and experience, Danielle Sampson, said the facility would be Australia’s first urban co-living community, with the initiative’s stated goal being to create “spaces that cultivate personal growth, connection, creative expression and social innovation”.

While Western Australia is home to numerous co-working spaces, including Spacecubed in Perth and Mixtape Creative in Margaret River, we’ve yet to see our first co-living startup.

Just as co-working spaces provide all the basics of an office, on demand, co-living provides housing basics, on demand.

In fact, co-living startup Roam is specifically targeted towards digital nomads. Inhabitants sign a single lease, which allows them to move between spaces located in Miami, Bali, Tokyo, London and San Francisco – for a week, a month or a year.

Indeed, this increasing shift, especially among younger people, towards location independent working and living is why many co-living spaces are also co-working spaces. Melbourne’s Base Commons will open its co-working space this year ahead of its co-living facility as a way of building out the community.

And it is community that really seems to be the key selling point of co-living.

The World Health Organisation says that, by 2050, 70 per cent of us will be living in cities. And yet, even though we’ll be surrounded by people, the WHO is also predicting that, by 2030, depression will be the leading cause of morbidity.

Many, including the folks behind Base Commons, believe the cause to be isolation, lack of social support, and disconnection from community.

Just as co-working provides connection and collaboration opportunities for freelancers and consultants who would otherwise be working by themselves at home or at cafes, co-living is the modern solution to this modern problem. Not only are inhabitants provided with the basics of living, they’re given access to community events and shared activity spaces. WeLive even provides a community engagement app to help tenants connect with each other.

While Silicon Valley’s excitement about co-living might make it seem like an entirely new idea, it has actually come out of a movement that has been around for over 50 years.

The concept of co-housing or intentional communities originated in Denmark in the 1960s, and involved private homes clustered around shared community spaces, such as gardens and kitchens.

While aimed at accomplishing many of the same community goals as co-living, community members own the co-houses, rather than the properties being run as a for-profit business.

I live in a co-housing arrangement similar to the Danish model. True to form, I am also a location independent worker with a portfolio of gigs, including writing this column. If I lived in a ‘normal’ housing arrangement of a house or apartment, I’d spend most of my time on my own.

Living in co-housing means I have my own space to work and live, but also have people around to help with household tasks and hang out with, as well as take care of my plants and pets when I have to travel.

While critics have fairly argued that most co-living startups are only accessible to cashed-up tech workers and millennials, the broader co-housing movement provides a model to ensure everyone can access the benefits of intentional communities.