Putting the West to the test 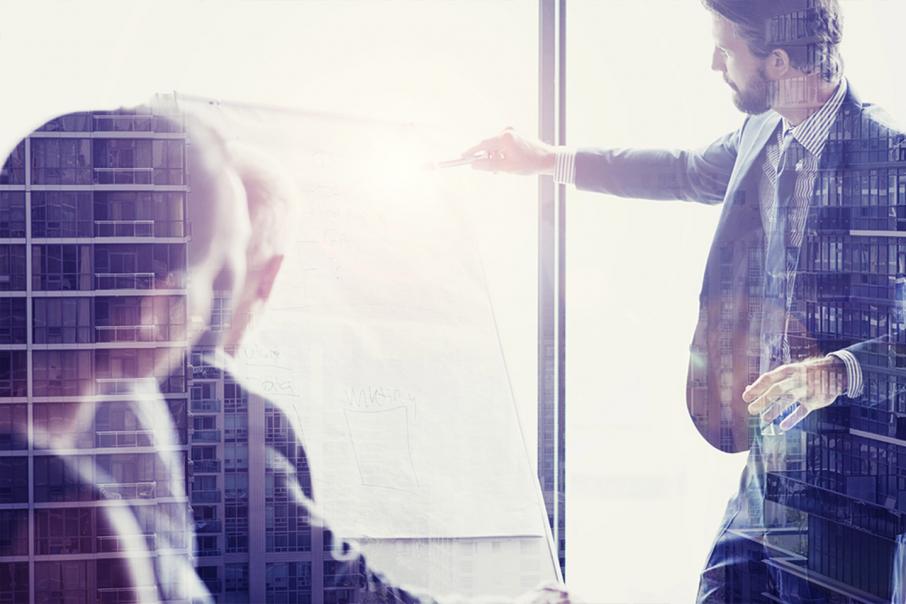 There is growing confidence that Western Australia is finding its way back from the aftermath of the resources and construction boom and bust. However, some things have substantially changed.

At night, Perth's new Optus Stadium looks like something from a sci-fi movie — a giant dome lit with energy-efficient lighting. In daylight, its bronze-clad exterior reflects the colours of the Kimberley. It sits gracefully by the Swan River close to transport links — including a new six-platform train station. The 60,000 seat, multipurpose stadium project cost $1.6 billion to build under a public-private partnership model. The stadium will employ about 80 full-time staff, another 30 in the maintenance company and more than 1800 casuals on event days.

While there is much debate about the merits of sporting stadiums as contributors to economic growth, the powerful design, integrated sustainability and community credentials are symbolic of a fresh start. The official opening in January was important for a state looking keenly for good news and green shoots after four years of sharp economic decline.

Mike McKenna, CEO of the stadium, who moved from Cricket Australia in Melbourne to take up the role, says it is symbolic of confidence in the economy, the people and a city that is growing up. "Expectations are very high. This is a tourism asset that will bring people into the state and encourage them to stay longer."

There is growing confidence that 2017 marked the end of a protracted downturn in the economy after the mother of all booms.

"The past few months, things have crystallised," McKenna says. "People are seeing changes in the economy, a number of mining companies are hiring again, which is giving more confidence."

WA Premier Mark McGowan says that the government can't spend its way out after inheriting the worst set of books in the history of the state. "We have a dual responsibility to reduce recurrent spending while creating jobs. But we also have to ensure the government is getting back to surplus."

That puts more onus on private sector investment. McGowan says the focus areas for the government are international education, tourism, communications and technology, and manufacturing. After a recent trade delegation to China, direct flights from Shanghai and Tokyo to Perth are also on the way. "Mining will continue to be a great strength, but "we've been making a concerted effort to diversfy the economy."

Richard Goyder AO FAICD, chair of the AFL Commission and incoming chair of Woodside Petroleum, is cautious but confident about the big economic picture. "There are a few signs: The agricultural sector will have a strong year, commodity prices have held up well and there is a bit of catch-up to do [for business] in repairs and maintenance, there's some replacement capital going in and a bit of excitement around lithium."

In the aftermath of the biggest increase in resource-related investment in living memory, CommSec ranked WA's resources-reliant economy as the national laggard (State of the States report, October 2017). The loss of jobs, as the mining boom transitioned from labour-intensive construction to more capital-intensive production, inevitably took its toll. House prices fell and, for the first time in over two decades, so did interstate migration.

However, WA is a state that always surprises. AICD WA services four regions: South West, Great Southern, Midwest and Goldfields, which covers the area of Kalgoorlie-Boulder. Nearly 600km east of Perth, the mining city (pop. 33,000), has a skills shortage, with vacancies for more than 300 workers in skilled resources and engineering roles.

Kalgoorlie might have an image as a wild workingman's town in the desert, but the reality is trees, wide streets and Tidy Town credentials. While its retailers are battling the Amazon effect, it has a broad-based mining and equipment services economy well supported by infrastructure such as the Curtin University WA School of Mines, a proactive City Council and Chamber of Commerce.

Kalgoorlie property prices have held relatively steady with a median price of $327,500. Chris Fyson FAICD, managing director of The Professionals Kalgoorlie cites 2016 analysis showing that while housing sales turnover dropped, values held steady in contrast to other mining towns such as Port Hedland. "Our growth rate is very consistent," says Fyson. "The message is there is a strength and consistency in the Kalgoorlie-Boulder economy."

Cecile Thaxter is the first female general manager of Kalgoorlie Consolidated Gold Mines. She runs KGCM's famous Super Pit mine, overseeing 1100 employees, 28 per cent of whom are female. Thaxter is working on lowering the mine's operating costs and taking the case for extra investment to extend the life of the pit [due to shut down mining operations in 2019]. She says recruitment has been challenging, but believes it's more a marketing issue.

The City of Kalgoorlie-Boulder Council is working with community leaders on plans to revitalise the main street and priority areas for the future include energy, liveability, tourism and connectivity. Council CEO John Walker says, "If we don't focus on making the town a better place to live, people won't come and we won't have a place. We're on the cusp of something particularly good here."

Premier McGowan has similar hopes for the state. Nearly a year after Labor decisively swept the Barnett Liberal government from office after nearly nine years in power, McGowan's team is working on pruning back a record $43b deficit.

"People have been impressed with Mark McGowan and treasurer Ben Wyatt," says Goyder. They have had to make tough decisions and if they've needed help, have reached out. There is increasing confidence across WA in a range of industries, and we're doing our best to promote it."

So has the state that has historically gone from boom to bust and back again learned the value of diversifying its economic base? The Government has identified several focus areas, which include attracting more investment, a $14.5m fund for new industries, and more support for innovation hubs, mining services and medical research.

Frank Cooper FAICD, AICD WA Division Council president, says that WA's strength is in mining and value-added services, which have proved innovative. "This discussion happens every time we have a downturn. It requires long-term strategic perspective. Building a diverse economy requires investment when the capacity is there."

Goyder says more work is needed to modernise the regulatory environment, including trading hours. WA has been campaigning for a fairer allocation of GST revenue and mineral royalty income (it currently keeps 34 cents for each dollar of GST revenue it raises). The issue has helped feed long-held secessionist tendencies, with a recent move by the WA Liberals to investigate the state seceding from the federation, its own "WAxit".

"WAxit would be disastrous," says Goyder. "We get enormous benefits from Federation. GST needs to be sorted out and the state shouldn't be penalised for developing its natural resources. But it's a more sophisticated economy than 10 years ago — and WA has always had a great entrepreneurial spirit."

Western Australia has a diverse and active AICD community with 4300 members out of AICD's total membership of 41,000. The Division is headed by president Frank Cooper AO FAICD, vice-president Alison Gaines FAICD and Gene Tilbrook FAICD.

WA State Manager Jody Nunn GAICD has senior leadership experience in WA and the UK in communications, marketing, branding, stakeholder engagement, digital, social media and is a non-executive director of Ronald McDonald House, Perth. She leads a team of 15, which runs the Director Pipeline Program, now in its sixth year, and the Director Download series — shorter, more targeted events that focus on topical issues such as governance of startups.

WA is developing advisory partnerships with the Department for Local Government, Sports and Culture. AICD has performed GAT (Governance Analysis Tool) for 17 regional councils (including Kalgoorlie) and worked with Indigenous communities to enhance their governance. Nunn says WA has a determined, entrepreneurial spirit and builds strong networks. "We say locally that isolation breeds innovation. West Australians simply get on with it and create success

In the 19th-century gold and metals boom, the population of Western Australia nearly quadrupled (from 48,000 to 180,000). The coming of the "no-liability" company made it easier to tap into capital in London. In 1894, 94 WA companies were floated in London; 690 by 1896. Sadly for investors, few saw any dividends, an indication of the eternal trade-off between risk and reward

The AICD also offers a residential Company Directors Course on this beautiful island 18–22 March. The intensive, interactive program is highly focused in an environment free from daily distraction and allows time to network with peers.

Mastering the Boardroom will also be offered in Perth (19-22 March) as the AICD's finishing school of directorship. All courses are scheduled to wind down with a day on Rottnest at the forum. Call (08) 9320 1700 or email wa@aicd.com.au for details.

WA was Australia's fastest-growing state in the decade to 2016 with population increasing by a quarter to 2.5 million.

But its economy remains fragile. In 2017, wages, private capital and household spending were down, but employment has recovered.

The Chamber of Commerce and Industry WA says business confidence levels have risen and a survey in late 2017 showed 23 per cent of businesses anticipated hiring more staff. Increased resources exports also helped cushion the decline and commodity prices have recovered. Business investment is expected to grow by three per cent in 2018–19.