Capitalism per se isn’t the problem behind wealth disparity, but rather governments’ failure to act in the interests of workers and the middle class. 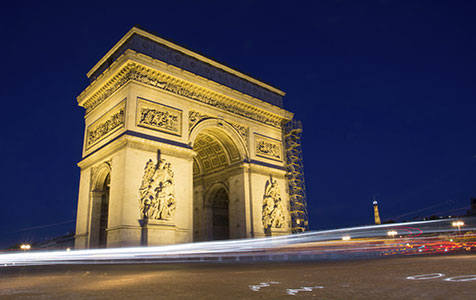 AU REVOIR: Parisiennes in their thousands have crossed the English Channel in an effort to flee France’s 75 per cent tax rate.

Brought up in a mainly working-class district in Clichy, Piketty's parents were militant members of Lutte Ouvrière (Workers' Struggle) – a hardcore Trotskyist party with a significant following in France.

A collaborative 15-year research effort, the book provides an extensive historical database that focuses on the increasing concentration of income and wealth among the super rich in all major economies.

Piketty was fortunate to draw on the long French tradition of record keeping and an estate tax, enacted soon after France's bloody 1789 revolution.

The statistics show income inequality in France appears to have peaked just before the revolution, stayed high all of the 19th century and plummeted in the first year of WWI, fought largely on French soil.

Data from other European countries shows a similar trend, although income inequality in Britain would make a much stronger comeback than elsewhere on the continent.

Piketty's major thesis is that the present-day rate of return on capital, such as real estate, dividends, and other financial assets, appears to be outpacing the rate of growth required to maintain a healthy economy.

If this trend continues for an extended period, he believes wealth will become more concentrated in the hands of a few dynastic families in each country, and financial inequality is likely to worsen.

Piketty's proposal to balance this unfair distribution of wealth is that Western governments impose an 80 per cent tax on incomes over $US500,000, as well as a new progressive wealth tax on all kinds of asset and property.

Unfortunately, not everyone is sold on his brazen solutions. Piketty was adviser to French President François Hollande to the extent that he is now blamed for the president's attempt to tax the rich progressively.

With national unemployment levels touching 10 per cent, hundreds of thousands of Parisiennes have crossed the English Channel in an effort to flee President Hollande's 75 per cent tax rate and other aspects of his infamous anti-business culture.

The 75 per cent 'millionaire tax' was supposed to shrink the growing budget deficit.

Quite the reverse has occurred, however, with the taxes raising about half the country's expected revenue alongside the stalled French economy.

However while Piketty's account of soaring wealth disparities has been met with little more than a Gallic shrug, his book has struck a chord in the US, where the question of income equality is emerging as the coming presidential election's pivotal issue.

Income inequality is evident in the US's stagnant income levels, except among the mega-rich, and soaring health and education costs.

Compared with the US, Australia's income equality position isn't that bad.

Americans, stung by the excesses of Wall Street, are suddenly talking about the rich and income redistribution.

US billionaire Nick Hanauer warned his fellow rich-listers in a recent Politico.com article that: "We could sit back, do nothing, enjoy our yachts – and wait for the pitchforks".

Curiously, Piketty's work fails to mention Austrian economist, Ludwig von Mises, and Adam Smith's warning to protect the free market from speculators who deflect capital away from the job-growth economy.

Such deflection is now almost complete, with 99 per cent of Wall Street activity trading and less than 1 per cent real capital investment.

There is growing unease at how derivative traders helped trigger the GFC, while their lobbyists safeguard continued privileged treatment from the White House and Congress.

Not only have the financial speculators escaped punishment for their blunders, many are now far wealthier than they were before 2008.

While the US approach remains democratic in form – because freedom of speech and association is preserved and elections remain free – it is, in essence, becoming a plutocracy.

That, precisely, is Adam Smith's 'invisible hand' in action.

In the end, it is failure of governments to act in the interests of workers and the middle class, not the shortcomings of capitalism.

Departure from democratic capitalism is the problem, not inequality.