Cryptocurrencies are struggling as inflation and interest rates worldwide start to rise. 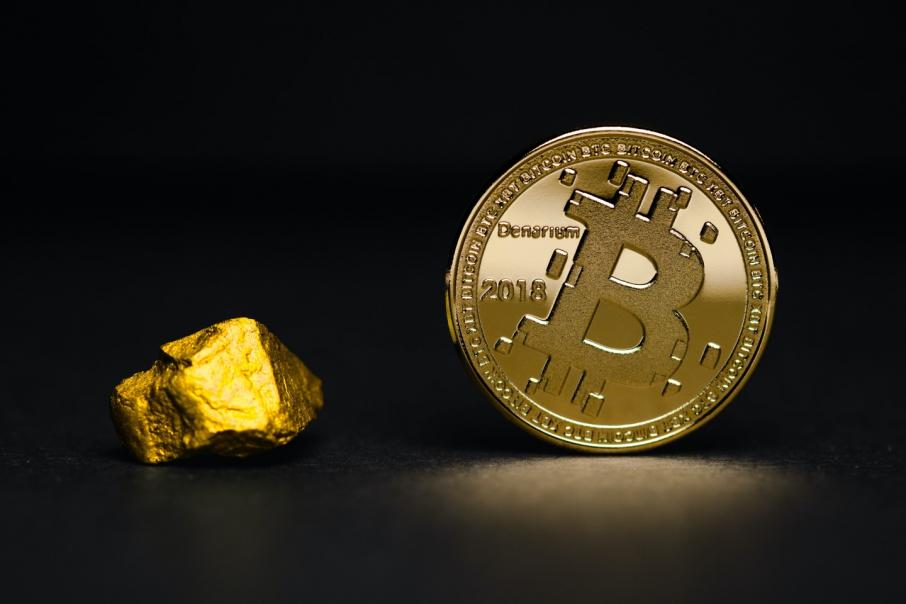 Bitcoin has fallen by more than 50 per cent during the past three months. Photo: Aleksi Räisä on Unsplash

Always a difficult concept for a conventional investor to accept, cryptocurrencies such as Bitcoin, Ethereum, and Dogecoin (there’s a clue to the nonsense in that name) were never going to withstand a significant change in market conditions, which has started with the return of inflation and a worldwide increase in interest rates.

Believers in cryptocurrencies argued that their systems were a way of bypassing traditional currencies controlled by governments.

Sort of a protest vote by generation Y, or Z, or whatever letter of the alphabet is fashionable for someone less than 30 years old, against older and richer members of society, such as their parents.

Trading in cryptocurrencies is also gambling in its purest form.

There is no skill involved, just a hope that some dope will pay a higher price than you, so he/she is the person holding a worthless book entry in ‘the cloud’, which actually means a computer somewhere on planet earth (just don’t ask precisely where your money is).

The other appeal of cryptocurrencies is that players (please don’t call them investors) are supposed to get rich quick, though as everyone ought to know that rarely happens with any fast-money scheme.

Most participants end up poorer, with the added pain of discovering that they may have a residual tax problem from early trading profits that evaporated in the January market shake-out.

Some of this criticism has been published in earlier columns I have written in the hope that the crypto claptrap would be recognised for what it is, even if several big-name investors joined the crypto fan club.

Perhaps the simplest test of the validity of cryptocurrencies and their potential to retain value for longer than the life of a mosquito (one week) is to consider how they have been performing recently against one of their arch-rivals – gold – which crypto addicts argue has similarities to their make-believe currency.

It is true that gold, like cryptocurrencies, does not pay interest when held in its purest form as bullion, but that dodges the point about gold being a physical asset with industrial uses as well as being a recognised store of value with the world’s central banks, its biggest owners, holding gold in their reserve to support the value of government currencies.

There are three other important differences between gold and cryptocurrencies.

• Gold has been recognised as a valid form of financial exchange for at least 5,000 years and will almost certainly continue in that role for decades, if not centuries.

• Gold is a safe-haven asset, behaving differently to other assets in a financial crisis, rising when everything else is falling because investors turn to it as an asset of last resort.

• Gold is globally recognised as a personal and transportable store of value for times of crisis, which almost certainly means people in Ukraine and other Eastern European countries are big buyers of gold today as relations with Russia deteriorate.

During the past three months, as central banks started what will be a long and painful process of increasing interest rates and turning off the taps of financial stimulus, the price of a Bitcoin has fallen by more than 50 per cent, to around $US33,000.

It might be higher, or lower, by the time you read this, but it’s a fair bet that a lot of crypto players were thoroughly scorched by what has been one of the biggest crashes in any financial market.

Gold, on the other hand, has welcomed the changing conditions, rising by 4 per cent to $US1842 an ounce and outperforming cryptocurrencies and almost everything else, including Australian shares, which are down 7 per cent.

The simplest way of explaining what’s happening is to see recent events as the start of return to normal settings.

Cryptocurrencies have been exposed as not offering growth, because potential buyers are quitting the game, or value, because they do not pay a dividend.

It really is game over for the crypto hothouse asset class, which relies on a flow of new players to prop up the price.

The crash of crypto and the overdue stock market shake-out caused by rising interest rates and fear of inflation might also bring about a US residential property market collapse, like the one that sparked the GFC.

Back in 2007, the US property market was inflated by easy money provided to sub-standard borrowers by careless banks keen to grow their loan books.

It was a doomed-to-fail social welfare experiment called sub-prime lending.

Sub-prime lending did not work because too many borrowers couldn’t (or wouldn’t) service their debts and too many banks failed to make the simplest inquiry about the credit worthiness of their clients.

Today, there’s a new property game being played in the US with an eerie similarity to sub-prime, even though it is called ‘rent to buy’.

The process is meant to make it easier for a person with a poor credit rating to become a property owner, with the variation being this time it’s the bank that buys residential properties, and then rents them to clients with an agreement that they can buy it within five years at a fixed price.

Some of the biggest financial institutions in the US have entered the rent-to-buy market, just as they led the charge into sub-prime lending in 2007.

As they say in all unfolding situations, watch this space.

Oil, if you remember the claims made at the COP26 climate change conference in Glasgow late last year, is supposed to be fading from the energy market as renewables rise.

It’s not working out that way as a triple deficit of forces drives oil back towards $US100 a barrel (and more).

According to a report by Morgan Stanley, oil is being driven by simultaneously low reserves, low spare production capacity, and low investment in new rates of exploration and production.

It might not be popular with environmentalists, but oil is certainly not disappearing soon.