Put all options on tax table

Each of us likes to think we have the silver bullet solution to the pressing issues of the day – from the environment to superannuation to tax. However political reality most often means good policy ideas get thrown into the too-hard basket in the face of pressure from lobby groups and vested interests. 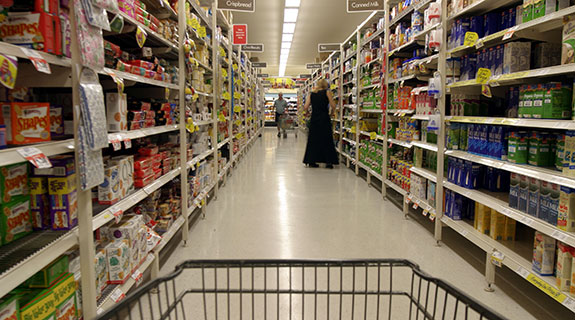 Applying the GST on items including food would complement other tax initiatives.

Each of us likes to think we have the silver bullet solution to the pressing issues of the day – from the environment to superannuation to tax. However political reality most often means good policy ideas get thrown into the too-hard basket in the face of pressure from lobby groups and vested interests.

But imagine you have a magic wand that you could wave and change anything in your business – no obstacles, no politics. What would you change?  Once we know your magic wand list, we can work on turning it into reality.

I sometimes think about what I would change about Australia’s tax system if given the chance.

I have a vision of what Australia’s tax system could be – efficient, effective and encouraging (asset write-offs don’t cut it). It’s also a benchmark against which I measure our actual tax system, or, more to the point, how far away from it we are. Of course, there’d be details to sort so all the pieces fit neatly together, but you’ll get the idea. So, here we go.

Now, this is not a list from which you can cherry-pick, so don’t even think about singling out any individual item to scorn (or champion, for that matter). The reason any individual item on the list might appear audacious in isolation is that the list puts everything on the table – that’s when all possibilities are available.

As soon as you start taking things off the table, the possibilities for what remains quickly diminish.  The point is that, viewed collectively, individual items aren’t so radical because of all the other complementary items on the list.  They all fit together like a jigsaw puzzle – a single piece is meaningless or even confusing, but bring all the pieces together, and a clear picture forms.

On that last point about tax cheats … what do we expect will happen when our top personal tax rate is virtually 50 per cent? People will try to evade it.

It doesn’t matter how much you earn, 50 per cent tax is not fair. That doesn’t justify evasion; the law is the law, but no-one is genuinely surprised by the Panama Papers, for example. I reckon this is why we can’t seem to bring ourselves to go hard on tax cheats, because there’s a sense of enforcing something unfair.  However, if you make the rules simple and fair, people will comply – and you can come down hard on those who don’t.

As far as I’m concerned, if someone tries to evade income tax when the top personal rate is 30 per cent to 33 per cent, they deserve to be punished. And while we’re on the subject of tax cheats, the one tax they absolutely cannot evade paying is GST.

The point of such reforms is not to increase or decrease overall taxation or make anyone better or worse off.  Aside from the benefits of a more efficient and less-distorting tax system, the point is to positively change people’s behaviour in ways that will result in a bigger economic pie.

In a few short weeks, the federal government will announce its tax reform plan with the budget. The opposition will likely issue further tax policies as well. Compare these reforms to your own magic wand list – or just use mine, if you like. You can make your own judgement as to whether our tax system will continue to limp along on life support.