Property experts have flagged the possibility of a market revival in 2016, warning buyers not to be passive and wait until prices bottom out. 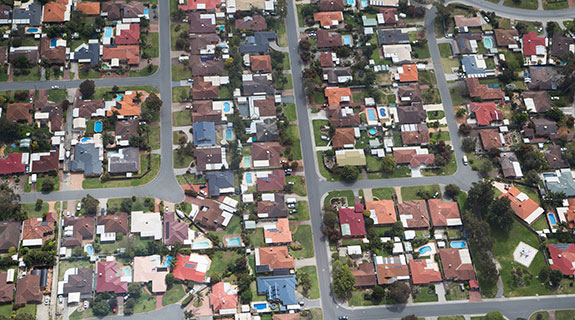 BOUNCE BACK: Widespread doom and gloom over residential property could disappear in 2016, according to predictions. Photo: Attila Csaszar

Property experts have flagged the possibility of a market revival in 2016, warning buyers not to be passive and wait until prices bottom out.

The call is in contrast to predictions released earlier this month by CoreLogic RP Data, which said the prospects of a return to capital growth in Perth were likely at least 12 months away.

Over the past year, RP Data reported a 3.7 per cent fall in Perth median home values, while apartment values also decreased, by 3.4 per cent.

The Real Estate Institute of Western Australia’s median house price measure also recorded a fall in 2015, by 3.5 per cent.

Notwithstanding the 2015 falls, a range of experts have predicted better times in 2016 and beyond.

Suburbs located near new infrastructure, including transport, hospitals or even shopping centres, are the most likely areas for capital growth, according to research from analytics firm PropertyESP.

PropertyESP examined 12 years’ worth of sales in suburbs around Fiona Stanley Hospital, with the area exhibiting stronger price growth than the overall Perth area.

PropertyESP director Samantha Reece said the near-hospitals suburbs had not experienced the widespread price drop that occurred in 2008 across Perth.

Ms Reece said projects such as Perth Stadium, the new Perth Children’s Hospital, and Elizabeth Quay would all likely have a marked effect on property values in surrounding suburbs.

“When you consider the value of these projects, these are the areas where investors should be focusing because as can be seen by the results from our recent research, these areas will generate upshots outside of the norm,” she said.

Prominent property expert Gavin Hegney said he expected consumer confidence to rebound in 2016, which would flow on into house price growth.

“The number one question I’m asked lately is ‘when will we see the bottom of the market?’” Mr Hegney said.

“That suggests there is already considerable pent-up demand, and the risk for many prospective buyers is that by the time consumer confidence rebounds, prices will be on the way up and the level of affordability may not be as high as it is now.”

“We know that when prices rebound they do so very quickly, and that often catches many people by surprise,” Mr Enslin said.