Tourism Minister Paul Papalia is facing backlash after he said accommodation providers in WA's regions were too full to take in any more from interstate. 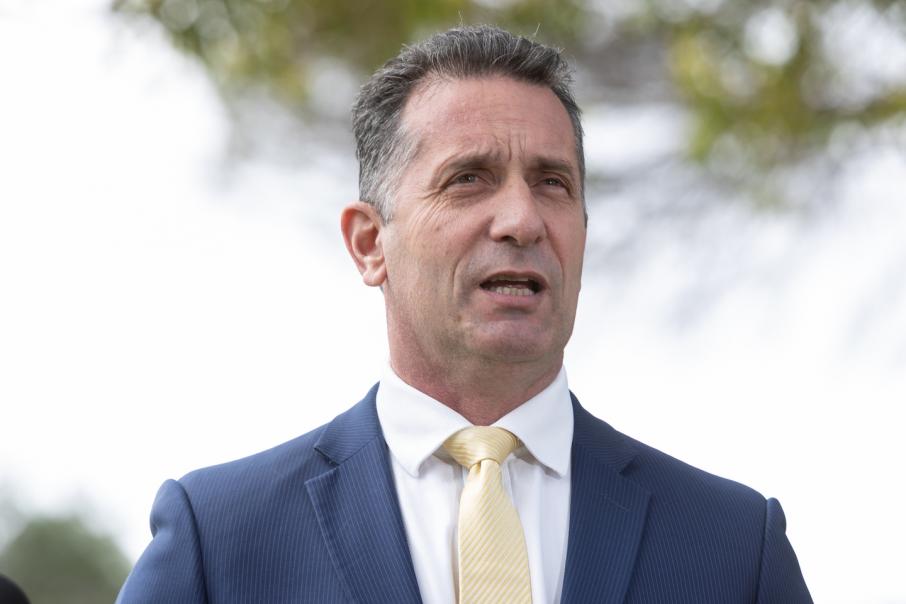 Paul Papalia had claimed there would not be enough vacant rooms for interstate visitors travelling to regional WA even if the state relaxed border restrictions. Photo: Gabriel Oliveira

Tourism Minister Paul Papalia is facing backlash after he said accommodation providers in Western Australia's regions were too full to take interstate guests.

Mr Papalia made the comments yesterday after he was reportedly asked whether the state government would consider easing domestic border restrictions and welcome eastern state visitors to WA in time for Christmas.

In response, he said accommodation providers in the state’s South West, specifically Albany, were recording far more bookings than in the traditional peak season of January, and as a result there would not be enough accommodation for interstate visitors if they were to travel to WA.

While there appears to be no publicly available data to confirm the specifics of that claim, WA’s decrease in visitor’s numbers and spend has been the lowest of all states and territories in the first half of 2020, according to data from Tourism Research Australia.

Nevertheless, Tourism Council WA chief executive Evan Hall has been quoted as critical of Mr Papalia's comments, pointing out that hotels within Perth’s CBD as well as regional operators and hospitality venues were in many instances still struggling without interstate and international visitors.

Finance Minister Mathias Cormann added to the criticism last night, writing on Twitter that Mr Papalia was taking a protectionist stance towards the state’s economy.

“Let me get this straight, the tourism minister of Western Australia says we don’t want and can’t accommodate interstate business, even if hard borders come down because it’s Covid [sic] safe to do so?” he wrote.

“Is that another economic protectionist reason to keep our border closed? Really?”

“He made it sound like businesses are booming,” Ms Hayden said.

“Our tourism operators and small businesses are hurting.

“A lot of them in our regional areas are battling to find staff.

“There is a skills shortage and these businesses can’t operate at full capacity. Restaurants can’t get chefs or front of house staff.

“Outside of school holidays, our regional areas like the Kimberley are struggling.

“There are plenty of vacant rooms in hotels.

“Our tourism and small business operators expect far more from the very minister who has been tasked to protect them.”

The comments by Ms Hayden and Senator Cormann come as several major figures from across the political and business world have called on WA to reopen its domestic border before Christmas.

Premier Mark McGowan last week insisted that those calling for WA to reopen its domestic border were being disingenuous and making the calls out of self interest.

It is reported that the federal budget, to be handed down this evening, will assume WA’s border will reopen by April of next year; the state government, however, has not made any commitment on when to reopen the domestic border.

It is also understood that the state government will only consider reopening WA’s domestic border once Australia goes 28 days without recording any community transmission of COVID-19.

The state’s chief medical officer, Andrew Robertson, said this morning that any attempts to ease border restrictions before this time would likely result in harsher restrictions being applied to movement within WA.

There are currently 14 active cases of COVID-19 in WA, none of which have been locally acquired.