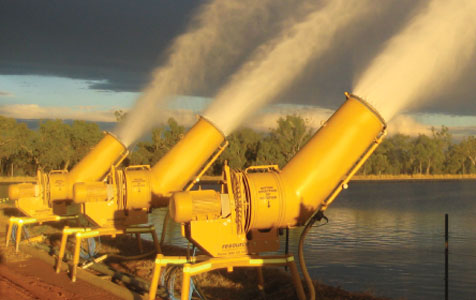 With Pump now holding a majority interest of 50.26 per cent in REL, the company’s directors have highly recommended its shareholders accept the takeover offer of 26 cents per share.

The offer represented an 86 per cent premium to the company’s last trading price when the offer was made in December.

“REL director Mr Aitken has now accepted the offer in respect of all of (the company’s) shares which he holds or controls,” REL said in a statement.

“Accordingly, Mr Aitken no longer holds a relevant interest in any REL securities.”

REL directors Keith Lucas and Peter Hutchinson have already accepted the offer, while Anthony Ryder is still yet to make a decision.

Pump said it intends to replace some of REL’s board members with nominees from its own board, including owner Walter Naymola, who acquired a stake in REL after the company acquired Queensland-based Campbell Mining Services, a company in which Mr Naymola was a shareholder, in September last year.

Pump also said it would weigh up the pros and cons of REL remaining listed on the ASX.

“If REL is delisted from the ASX, Pump does not intend to retain any independent REL directors on the board, and intends to reconstitute the board so that it consists entirely of Pump’s nominees,” Pump said in its bidder’s statement.

REL warned its shareholders that if the offer is not accepted, the company’s share price would likely fall.

“The liquidity of REL shares is already low and the offer provides shareholders with an opportunity to sell their shares,” REL said.

“The offer price of 26 cents per share provides shareholders with a certain cash value for their shares and will be paid cash quickly (i.e. three trading days) after accepting the offer.”