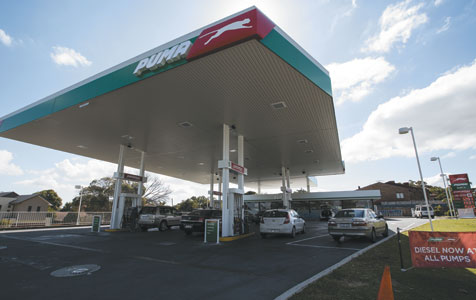 Global fuel and energy giant Puma Energy is planning to increase its presence in Perth, with an $80 million proposal to build a fuel depot, workshop and office in Kwinana set to win planning approval this week.

Puma entered the Western Australian market last year, when it acquired Gull service stations owner Ausfuel Group and its network of 110 petrol stations across the country, as well as 11 depots in WA.

At Kwinana, the company is proposing to build and operate a new bulk fuel storage depot on a seven-hectare site on Kwinana Beach Road, which has a construction value of $80 million.

The depot, which is slated to get the green light from the Metropolitan South West development assessment panel tomorrow, will operate as an import facility, using the Kwinana Bulk Jetty.

The jetty is separate from the Kwinana Bulk Terminal, which operates as an iron ore export facility for Perth-based miner Mineral Resources.

Earlier this year, Fremantle Ports put out the call for a private operator to develop and operate a new liquids facility at Kwinana, as an extension of the existing jetty.

Puma's depot will run 24 hours a day, with refined petroleum from offshore refineries stored at the facility, to be loaded on road tankers or rail tanker cars.

The depot will comprise eight tanks with a capacity of 15 megalitres each, and two 6.5ML premium fuel tanks.

It will also include administration offices and amenities as well as a workshop facility.

The construction is expected to create around 150 jobs, while the plant will require around 25 staff to operate once complete.