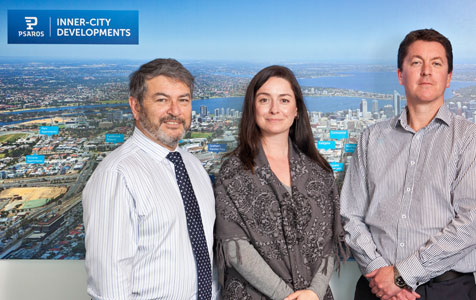 Apartment developer Psaros has won a national accolade for its commitment to sustainable building.

Psaros was named as a finalist in the small business category for this year’s Banksia Foundation Sustainability Awards, which entered their 26th year in 2014.

The awards highlight the best achievements by companies striving for sustainable business practices.

Psaros chief executive Danny Psaros said the company had committed in early 2013 to reduce the environmental impact of its operations.

The company’s life-cycle-assessment initiative comprises Psaros evaluating the design of each project it builds, not only in the construction stage but also assessing the operational energy use for the life of the building.

Psaros is the only WA developer to measure its carbon impact, while apartment buyers are also given the option to generate solar electricity.

In early 2013, the company adopted a range of energy reduction measures which are assessed each year.

“Being both developer and builder gives Psaros the advantage of being able to set new industry standards in environmental performance by integrating sustainability initiatives and technologies into our apartments,” Psaros managing director Mike Enslin said.

There were only two other Western Australia-based finalists in this year’s Banksia Foundation awards; the Western Metropolitan Regional Council for its Plastic Free July initiative, and Leighton Contractors for its management of water quality and dredge works at Elizabeth Quay.

The finalists will be profiled at a one day summit in Sydney early next month.