The Harry Perkins Institute of Medical Research has found a new way to block the growth of cancer cells. 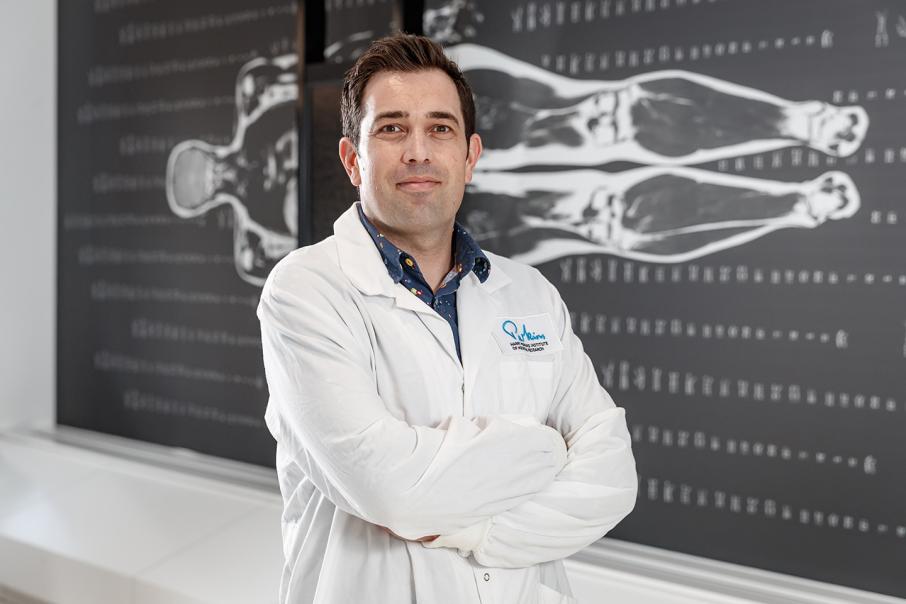 Oliver Rackham says his research could have positive implications for 90 per cent of cancers. Photo: Ryan Ammon

Researchers at the Harry Perkins Institute of Medical Research have developed a new method of inhibiting cancer cells by targeting the mechanism by which the cells replicate.

Head of the laboratory for Synthetic Biology and Drug Discovery, Oliver Rackham, specialises in gene expression and said that, unlike healthy cells, cancer cells grew uncontrollably as though they were ‘forever young’.

“A normal cell grows for just the right amount of time that is required for us to develop and maintain our bodies,” Associate Professor Rackham said.

“They control their growth with a molecular counting mechanism that tells the cell how old it is. This occurs on the ends of our chromosomes, which have little caps on them.

“The way cancer cells avoid this control mechanism is by producing an enzyme called telomerase, which we need when we are babies and growing very fast, but which we stop producing when we stop rapidly growing.”

To counteract this, Associate Professor Rackham and his team at Harry Perkins have engineered proteins that effectively clamp tightly around the end of the single stranded DNA in the chromosome.

“These proteins lock down the DNA so telomerase can’t touch it,” Associate Professor Rackham said.

“It’s all about stopping how the cells recognise how old they are.

“The exciting thing about this is it’s a new concept, because it hasn’t been possible to target this cancer mechanism before and it’s actually important for about 90 per cent of cancers, so it’s really a conceptual breakthrough.”

Having studied in his home country of New Zealand before moving to Cambridge where he worked at The Medical Research Council Laboratory of Molecular Biology, Associate Professor Rackham came to Perth about 12 years ago to start his own lab with the Harry Perkins Institute.

Up until a few years ago, Associate Professor Rackham’s research had predominately focused on controlling how genes can be used in various situations, and developing new therapeutics.

“I was awarded a Cancer Council Western Australia Research Fellowship a few years ago and at that point my research became a lot more focused on cancer in particular,” he said.

Associate Professor Rackham said he was given $400,000 across a four-year period by the Cancer Council of WA to undertake cancer-related research, and was also assisted by the Australian Research Council.

“This is the first really big result to come out of our cancer-related work,” he said.

“And I know the funds come from donors to Cancer Council WA, so it’s really important that we work really hard with the money they give us and have real results that come out of that.

“We’re very grateful that the WA public have supported our work through the Cancer Council WA and we’re working hard to come up with other new potential therapies for cancer.”

The next step for the concept would be to progress to pre-clinical trials to test factors such as toxicity dosage and effectiveness, before moving to clinical trials.

“This is a breakthrough in the lab but in order to progress that to be a true therapeutic takes an extensive and rigorous process; to take it from the test tube into the clinic will take time,” Associate Professor Rackham said.

“If everything went perfectly, you could expect to be using this with patients in about five years.

“It could be good to combine these with existing treatments to give the cancer the death blow and prevent it from escaping existing therapies.”

He said the current approach to cancer treatment focused on combination therapy.

“These cancer cells, if you hit them with chemotherapy or gene therapy, they often try and find a way around it, almost in a similar way to these antibiotic resistant bacteria,” Associate Professor Rackham said.

He said the institute was currently in discussions with groups in the US about the potential for clinical trials and commercialisation.

Researchers at the Max Planck Institute for Biology of Ageing in Cologne, Germany, and the Children’s Medical Research Institute in Sydney collaborated with Harry Perkins Institute on this research.

Associate Professor Rackham is also a researcher with the University of Western Australia.