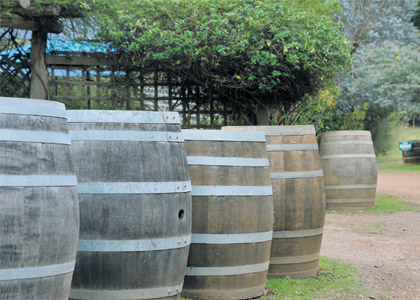 BFAs: They serve a very useful purpose in creating a legal obstacle and deterrent.

THE issue of succession planning can prove problematic for many businesspeople, both personally and financially, particularly as the demographic bump of the baby boomer generation heads into retirement.

Many baby boomers have benefited from dramatically increased values in property prices in recent decades, quite apart from any other financial achievements. A lot of them and their now middle-aged offspring are in blended families, multiplying the complexity not only of family dynamics in the here and now, but also the expectations and claims a range of family members may have on a person’s estate.

For all these reasons it is hardly surprising that we’re witnessing the convergence of family law and estate planning on an unprecedented scale. With Family Court judges able to take into consideration not only what a person earns or owns right now, but what he or she can expect to own in the event of inheriting the family business, farm or other asset, it is also hardly surprising that people are seeking legal protection for all manner of scenarios.

If you have assets, children or a family business, it is vital that you are aware of the legal instruments available, and take timely action. So what are those legal instruments? Can their effectiveness be guaranteed? And what can you do to ensure that everything you or your family has worked so hard to achieve stays in the family?

Family trusts are created so that an asset is owned not by an individual, but by a separate entity controlled by trustees on behalf of beneficiaries. Tax planning and asset protection are the main reason why family trusts are created. It is a widespread fallacy that these same trusts can protect the assets of a person in the event of divorce.

Part 106B of the Family Law Act makes it clear that assets transferred to a trust or another person to defeat a claim can be clawed back to be considered as part of the matrimonial pool. And the High Court has ruled conclusively that a trust such as a family trust can be easily penetrated and its assets divided in event of divorce.

BFAs are sometimes known as ‘pre-nups’ because they can serve the purpose of setting out the division of assets, before marriage, in the event of a couple divorcing or for de facto relationships, on the termination of that relationship. BFAs can also be used when a couple which is divorcing or separating is able to come to an agreement about a division of assets as an alternative to court orders. A BFA can even be used during an otherwise happy relationship to set out what happens if the relationship breaks down.

For example, someone marrying into a family that runs a successful business could be asked to sign a BFA stating that, in the event of divorce, they would not be entitled to any claim on the family business.

While this may provide an elegant solution, there are two possible problems with it. One is asking someone to sign such an agreement - an area where the law and human relationships do not always sit comfortably.

The second and a very important concern is that courts across the country are setting aside BFAs for a variety of reasons, in particular where the BFA has been entered into by a young couple starting out on their relationship and especially where there is a significant power imbalance resulting in one of them signing against advice or where the advice was inadequate or incompetent.

So even if an individual signed the BFA, they could potentially still apply later on to have it set aside by a court by asserting they were ‘bullied’ into signing it.

Our own view is that BFAs, notwithstanding the current attitude of a number of courts to willingly set them aside, still serve a very useful purpose in creating a legal obstacle and deterrent.

The person who signed the BFA may be able to have it overturned, but they would still have to take the matter to court, argue they were, for example, ‘bullied’ and await a decision; the emotional and financial stakes and costs are much higher than if there was no BFA.

And while a BFA may not guarantee a complete and irrevocable solution, used in conjunction with other legal protection, it could serve as a powerful deterrent.

These can be structured in many ways, but can be made just like family trusts; however they only come into effect when someone dies and their will is enacted. They provide a most useful way of transferring ownership of an asset from an individual to a trust that does not yet exist.

Small business owners would be well advised to consider a testamentary trust as part of their overall legal strategy. It enables them to retain their own company, naming their children (or other family members) working as employees-only with no ownership or expectation of ownership.

On the death of the parents/owners, ownership of the business passes to a trust whose trustees are required to direct income to specified beneficiaries.

A testamentary trust in this case can work just like a discretionary family trust, and who is going to control that trust is a key consideration for the business owners.

Care must be taken in structuring this sort of trust to clearly define the roles of trustee and appointor on the one hand, and the beneficiary on the other, to guard against counter claims of entitlement in the event of a marriage/relationship breakdown among those who stand to benefit from the inheritance of the business.

A properly drafted will remains the foundation of estate planning. Even though it is a ‘must have’ document, approximately 40 per cent of Australians do not have a will, and many of those who do have such poorly drafted DIY wills that they are wide open to challenge if the estate was of any value and there were conflicts in the family.

In summary, families endowed with assets, in particular family businesses, can have quite complex legal needs. While few guarantees accompany the legal safeguards that can be put into place, these are nevertheless critical in providing protection to the family as a whole if one specific relationship breaks down.