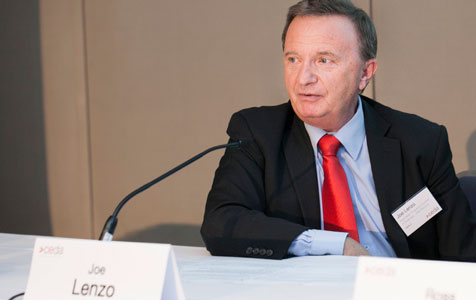 Joe Lenzo says the government needs to focus on encouraging growth in the property sector rather than increasing taxes.

Industry lobby groups have urged the state government to tread with caution when considering raising property taxes in this week’s budget.

The Property Council of Australia has recommended a significant review of the land tax system, to ensure tax burdens are distributed in a more equitable fashion.

“A significant portion of the state’s existing capital is tied up in under-utilised land and property.

Mr Lenzo said the Property Council also recommended the government establish an independent body to coordinate the delivery of state-wide infrastructure to save on costs, rather than increase property taxes.

“In a constrained budget, the government needs to get better ‘value for money’ for its infrastructure spending,” he said.

“The best way to do this is through an independent body that can advise, prioritise and deliver infrastructure, and that can be held accountable.”

Meanwhile, the Real Estate Institute of WA raised concerns that the state government may choose to reapply stamp duty for first home buyers.

First home buyers are currently exempt from paying stamp duty for homes under $500,000.

The ERA report also classified stamp duty as an inefficient impost, saying it discouraged property transactions because people were keen to avoid the tax.

REIWA chief executive Neville Pozzi said it was critical the state government did not remove the tax break for first-time buyers, pointing to a continued fall in activity in that market segment.

“It’s very concerning that Premier Barnett has indicated that the current tax break for first home buyers is under review and might be changed,” he said.

“The housing market is very susceptible to cost pressures, and making first homes more expensive would be a terrible blow to the market just as it’s starting to stabilise.”

Applications for the first home owners’ grant fell 9 per cent in the March quarter, to finish the period 21 per cent below the peak in June of last year, data from the Office of State Revenue showed.

“This means that grants being paid out have fallen below the average since the FHOG was first introduced 14 years ago,” Mr Pozzi said.