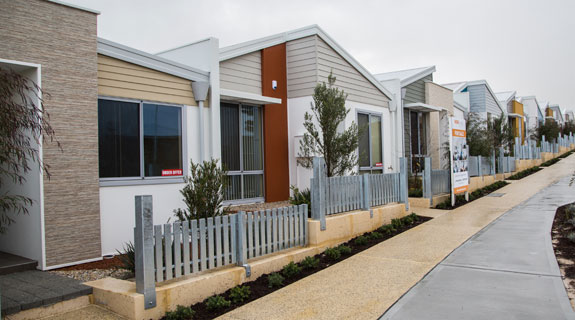 Home builders have given an overwhelmingly positive response to the state budget, but other major players in the property sector have criticised the scrapping of the $3,000 first home buyers grant for existing homes, and described land tax increases as alarming.

From July 1, first home buyers will no longer be eligible for a $3,000 bonus if they buy stock in the established market, one of a raft of state budget measures introduced yesterday aimed at ensuring the residential construction sector remains a strength of the economy.

“While that is unfortunate for people looking to choose an established or an older home for their first home, maintaining the $10,000 for new builds is very much about ensuring that our industry, which is adding value to the economy in constructing something, is kept in good order,” Mr Alcock told Business News.

“The established stock doesn’t generate anything new in the economy, whereas we’re out there creating jobs, so I think the government has done the right thing there.” “I don’t think there has ever been a better signal that they could send that they are at least trying to support the industry,” Mr Ryan, pictured left, said.

“Given the confines of where they’re at and the economy, it’s certainly not bad news to the building industry.

“The government is really trying hard in listening to the industry and responding.”

However, Real Estate Institute of Western Australia president David Airey slammed the state government for making the changes, saying the institute had been blindsided by the move.

“It caught us right out, we had no idea it was coming,” Mr Airey told Business News.

“They thought $3,000 was such a small amount that nobody would miss it.

“But the reality is, $3,000 is a very big amount of money to a first home buyer who is trying to save. “That’s probably 5 per cent or even 10 per cent of somebody’s net income, so for somebody struggling to save it does make a difference.”

Mr Airey, pictured right, said first home buyers would now be forced to deal with the extra costs involved with commuting from the outer suburbs, which he said generally had poor or non-existent transport infrastructure.

But he said the ramifications for the established market, which was already stalling, were even more of a concern for the industry.

“In the course of this last year we’ve seen a 40 per cent drop in first home buyers buying established homes, which has translated into a big slump in the residential property market, because we’ve removed all those buyers who generate trade-up activity,” Mr Airey said.

“When somebody sells a home to a first home buyer, the seller generally has to go out and buy a new home; that’s why we’re facing a property slump.”

That slump in activity, Mr Airey said, had the potential to cost the state hundreds of millions of dollars in lost stamp duty revenue if the level of transactions in the established market fell further over the next 12 months.

But Mr Ryan said the slowing property market had its advantage for buyers looking at established homes, with his estimate that values had come off significantly over the past year.

“I wouldn’t be too upset if I was looking for an established home because you’re probably buying at prices at least $10,000 cheaper anyway,” he said.

The other area of concern for the sector from yesterday’s budget, according to Property Council of Australia WA executive director Joe Lenzo, is the proposed increase in land taxes. “It is time for genuine review of the tax system to ensure that it is fairer and contributes positively to the state’s growth priorities.”

Master Builders Associaton of WA director of housing Geoff Cooper was largely supportive of the budget, but pointed out that the government’s expected raising of $193 million in the next 12 months through increased land taxes would erode the capacity for property investors to support business and residential construction.

“The budget also fails to align public sector investment with a long-term infrastructure plan for our state.”

The state government’s continued support of Keystart was another positive to come from the budget, according to Mr Alcock, who said WA was fortunate to have the system which has facilitated the entry of 80,000 people to home ownership who otherwise could not have been able to afford a house.

Mr Alcock said the government’s plan to sell off some of Keystart’s loan book could only be seen as a positive change.

“If there is some securitisation required to limit the size of what’s on the government’s books, then that’s a positive thing,” he said.

However, Mr Ryan said the biggest positive for the property sector was the government’s commitment to rolling out more land for residential purposes.

The state government committed $154 million to residential land acquisition and development, to facilitate the production of up to 2,436 housing lots in 2015-16.

It will also spend $17.2 million per year over the next four years to create a divestment fund to meet the cost of preparing assets for sale to the private sector, while the Metropolitan Redevelopment Authority will spend $6.8 million in 2015-16 to progress subdivision works in Midland.

LandCorp is also expected to sell a number of assets, while it will also invest $26.8 million in collaboration with private developers to develop an inland marina at Rockingham.

Mr Ryan said the commitment to bringing the price of residential land down by the state government would be a big step towards improving housing affordability.

“In the past few years, the real issue for affordable housing has been land price, and I’m pretty confident that as a result of some of the budget announcements on land, that should really increase supply, reduce demand and ultimately have a positive impact on affordable housing,” he said.