Property executives were the big movers in this year’s Wealth Creators list, while the resources slowdown put the hurt on mining services directors’ fortunes. 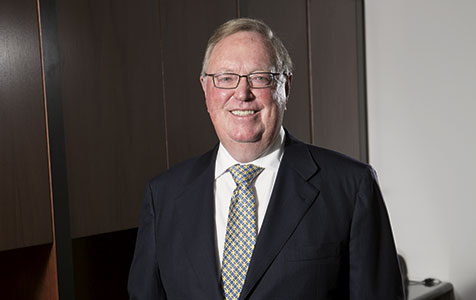 FORTUNE: Peet chairman Tony Lennon enjoyed a solid boost in the value of his shareholding, which rose from $73.6 million in 2012, to $131.2 million. Photo: Attila Csaszar

It has been a good year to hold shares in Perth's prominent property players. Founding shareholders in listed companies Peet, Cedar Woods Properties and Finbar have moved up the ranks of Western Australian directors and executives whose wealth is in local listed companies. Continue on to read our feature piece on these wealth creators and open the PDF links to see the lists in full.

Property executives were the big movers in this year's Wealth Creators list, while the resources slowdown put the hurt on mining services directors' fortunes.

Sales of vacant land increased 20 per cent on 2012, a rise that last month lifted Perth above Sydney as the most expensive place to buy land in the country (on a per-square-metre basis).

One of the standout performers over the year, in terms of share price rise, was ASX-listed Peet, which became a truly national developer in April with the $76 million acquisition of east coast-based development group CIC Australia.

The deal gave Peet a foothold in three new markets – South Australia, the Northern Territory and the Australian Capital Territory – adding to its significant presence in New South Wales, Victoria and Queensland.

At June 30, Peet had more than 51,000 lots under management, according to its annual report, although its full-year net profit was dragged down by $13.1 million of write-downs on the value of some of its non-core assets in Queensland and Victoria.

Nevertheless, Peet chairman Tony Lennon enjoyed a solid boost in the value of his shareholding, which rose from $73.6 million in 2012, to $131.2 million.

Mr Lennon spent $8 million acquiring 7.5 million new shares in May, to climb from 21st in 2012 to ninth on the 2013 list, with the remaining growth in his fortune coming on the back of Peet's rising share value.

Peet shares were trading around 80 cents in October last year, with the company's shares worth around $1.34 each early this week.

Mr Hames acquired 282,484 shares in 2013 while the value of his stock holdings rose from $38.9 million to $66.6 million, as the Cedar Woods share price rose from around $4 in October last year, to trade just under $7 earlier this week.

The year wasn't so kind for executives with large shareholdings in mining services firms, however.

The resources investment boom shuddered to a halt, with major miners and junior explorers shelving new projects and project expansions, while also cutting back on existing operations.

Ausdrill chairman Ron Sayers saw the value of his shareholding fall $50.2 million, despite not selling off any shares, to slip 13 spots on the list to 26th.

The falling fortune capped off a tough year for Mr Sayers, who has been spending more time in the courtroom than the boardroom in recent months, defending charges of tax evasion.

The value of Mr Tate's shareholding fell from $46.5 million to $22 million, despite his acquisition of about 53,000 shares in August.

Fleetwood's full-year net profit slumped by 78 per cent over the year to June 30, a result the company blamed on weak trading conditions in its key markets.

Matrix Composites and Engineering founder Max Begley, who stepped down from the company's board of directors in May last year, also experienced a significant fall in personal fortune, with the value of his shares falling $33.7 million to $16.8 million.

Monadelphous Group managing director Rob Velletri fell six spots to 35th on the 2013 list, after the value of his shareholding slipped $13.9 million.

The company's chairman, John Rubino, dropped three spots on the list to 38th, after the value of his stock fell by $4.6 million.

Not so golden glow

Gold bulls all but disappeared during 2013, as price pressures led to a 4.6 per cent fall in sales of the precious metal compared with the previous year.

Research released last month by JP Morgan showed WA gold mines are among the top 50 most costly operations worldwide, with 30 per cent of the state's gold output currently being produced above the spot price of gold, hovering around $US1,300.

As a result, Regis Resources chairman Nick Giorgetta was one of the hardest hit, with the value of his shares dropping $38.2 million despite not selling any shares.

The slide resulted in Mr Giorgetta falling six places to 18th on the 2013 list.

The value of Northern Star Resources chairman Michael Fotios's shareholding fell by $42.2 million, after he offloaded more than 25 million shares in the company during the financial year.

Top of the town

It was a case of the usual suspects at the pointy end of the Business News Wealth Creators list in 2013.

It is difficult to know the exact extent of Gina Rinehart's vast riches, because most of her wealth is held in private firms.

According to BRW, however, Ms Rinehart's fortune stands around $22 billion, a figure significantly higher than The West Australian's estimate of $14.1 billion.

Ms Rinehart's listed shareholdings in Fairfax Media and Ten Network grew from $267.5 million in 2012 to $282 million in 2013, enabling her take the number four spot in the Business News list.

Ranked at the top of the Business News list was iron ore entrepreneur Andrew Forrest, whose personal fortune rose by more than $1 billion to $5.4 billion in 2013, despite no increase in the number of Fortescue Metals Group shares held.

Perhaps more impressive than Mr Forrest's rising wealth, however, were his philanthropic efforts.

Mr Forrest and his wife, Nicola, pledged $65 million to WA's universities last month, adding to the $270 million in charitable contributions to various organisations he has made in recent months.

Long-time FMG lieutenant Peter Meurs was also ranked in the top 10 of the 2013 list, with his shareholding estimated to be worth around $131 million.

Media mogul Kerry Stokes featured prominently at number two on the list, despite the value of his stock in Seven West Media, Seven Group Holdings and Iron Ore Holdings falling from $1.95 billion in 2012 to $1.84 billion in 2013.

Just before the end of the financial year, Mr Ellison diversified his portfolio into financial services, taking a 5 per cent stake in Mark Bouris's listed mortgage broker, Yellow Brick Road, in return for a $3 million investment.

Mr Ellison was also highly active on the philanthropic front, taking on the role of New Zealand's honorary consul in WA, hoping to improve trade relations and assist New Zealanders searching for work.

Aquila Resources boss Tony Poli slipped two spots but remained in the top five, after the value of his stock in the iron ore miner fell by $50.1 million.

Navitas chief executive Rod Jones maintained his spot at number six on the Wealth Creators list, growing his fortune by $23.7 million, even after he sold off 8.5 million shares in the education provider to raise $48.5 million in May.