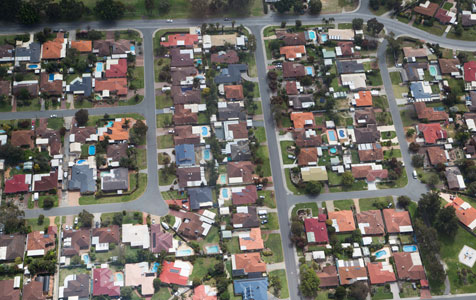 Perth’s residential property market has come off the boil, with the Real Estate Institute of WA reporting patchy sales in the March quarter, while property analysts RP Data-Rismark said the city’s median house price dipped slightly over the past three months.

REIWA said sales were down 2 per cent in the three months to the end of March, with turnover down about 6 per cent on the same period last year.

The institute said the largest fall in sales had occurred in the City of Vincent, the south-east section of the City of Stirling, as well as the cities of Gosnells and Melville, while sales lifted in Fremantle, Rockingham and northern Joondalup.

The data, which only takes into account established dwellings, was in contrast to home sales figures released by the Housing Industry Association yesterday, which showed a 9.3 per cent lift in sales during February to 1,500, the highest level since April 2013.

The HIA said the volume of sales in the three months to the end of February was up 5.4 per cent year-on-year.

Perth was the only capital city to record a fall in dwelling values during the past three months, according to RP Data, with Melbourne the best performing capital with a 5.4 per cent rise.

REIWA president David Airey said there were currently 10,067 properties available for sale in the Perth metropolitan area, a rise of 861 from a month ago and almost 1,600 higher than the same time last year.

“For several quarters the number of listings hovered around 8,500 properties but now seem to be trending back to a more usual 12,000,” he said.

“The biggest jump in listings was experienced through parts of the cities of Joondalup and Wanneroo, where there was 28 per cent more stock up for sale.”

Mr Airey said the rise in listings was partly due to a slowdown of activity in the first home buyer segment of the market.

In the rental market, REIWA said vacancies had lifted to their highest level in four years during the three months to the end of February, to 4.1 per cent.

There are currently around 5,000 properties available to rent in the metropolitan area, a 56 per cent increase on the previous 12 months.

“It’s now a tenant’s market with much more stock available and median rent coming down a little,” Mr Airey said.

“It has dropped $15 a week in the past nine months and I anticipate a further fall in the median weekly rent to show up in the data over the next few weeks.”