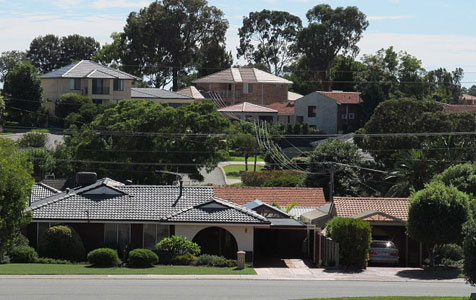 Perth’s residential real estate market is continuing to experience the malaise felt through much of 2014, with the Real Estate Institute of WA, and market analysts RP Data reporting slight lifts in median home values for the month of November.

REIWA released its monthly data today, which showed the Perth median home price rose $2,000 over the month of November, to reach $550,000.

At the same time, RP Data’s home value index showed a 0.9 per cent gain in November, to $515,000. For the three months to the end of November, RP Data said Perth home values were up just 0.4 per cent.

REIWA president David Airey said the increase was largely due to an uptick in near-city sales activity, which had skewed the median temporarily upwards.

Listings grew by 13 per cent in November, Mr Airey said, taking the total number of properties available for sale to 13,588.

“This is a healthy return to an environment of choice not seen in a few years and means that buyers now have a greater variety of options, including locations and dwelling types,” Mr Airey said.

REIWA’s statistics showed Perth median rents for houses remained steady at $450 per week, while units and apartments fell by $5 per week to $425/week.

“The vacancy rate is just under 4 per cent, and if the large number of rentals available continues over summer, there is not likely to be much change to the competitive market we have now with plenty of choice for tenants,” Mr Airey said.

Across Australia, RP Data said Sydney was the best performing capital city for November, recording a 1 per cent lift in median home values.

Melbourne median values fell by 2.6 per cent, while in Brisbane, the median house price was up 0.4 per cent, RP Data said.

RP Data research analyst Cameron Kusher said the annual growth rate across Australian capital cities was at its lowest level for 2014, after peaking at 11.5 per cent over the 12 months to the end of April.

Year-on-year, Perth median dwelling values are up 1.4 per cent, equal with Darwin for the most modest gains among capital cities.

Sydney was again the best performing city on an annual basis, recording median house price growth of 13.2 per cent for the 12 months to the end of November.