In the latest property deals wrap, three sites are on the market, including Aldi in Wattle Grove, 675 Murray Street and a 20-hectare slice of land in the Shire of Serpentine Jarrahdale, while an industrial site in Welshpool recently sold for $2.8 million. 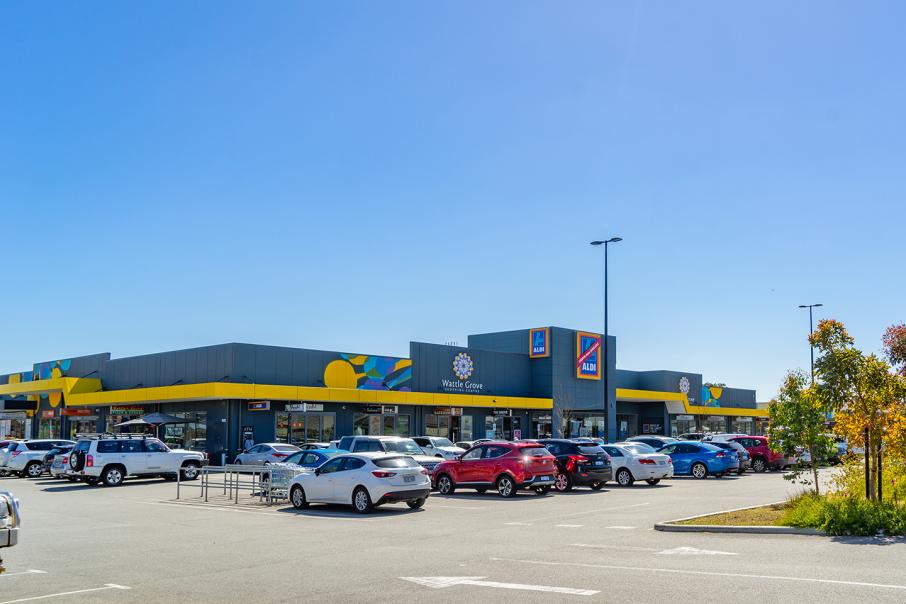 The Aldi supermarket anchored neighbourhood shopping centre in Wattle Grove, in Perth’s eastern suburbs, is being offered for sale by an expression of interest campaign managed by CBRE in conjunction with Knight Frank and Western Australian Retail Investments.

The centre was developed by Devwest Group in 2016 and features a 1,550 square metre Aldi supermarket and 12 specialty retailers.

Aldi’s lease expires in 2026 with an additional five-year option.

The centre has a fully leased income of approximately $1.1 million and has a 6.1-year weighted average lease expiry by income.

A Devwest spokesperson said population growth forecast within the centre’s primary trade area was forecast to grow strongly at 3.6 per cent per year over the next five years.

The centre had traded well since it opened in 2006 and with well-located neighbourhood centres attracting strong interest from investors, it was an opportune time to offer the centre to the market.

Two lots that were developed to the rear of the supermarket at the same time as the shopping centre was constructed have been sold previously.

The expression of interest closes on October 31.

An expression of interest campaign is being conducted by JLL for a three-level office building at 675 Murray Street, closing on October 26.

The corner site has a 189 square metre ground floor tenancy, and secure parking for 22 cars, and upper floors ranging from 597sqm to 605sqm, for a total net lettable area of 1,234sqm.

An industrial site of 6,251sqm at 290 Welshpool Road has sold for $2.8 million to Toscana Pty Ltd, in a deal negotiated by JLL.

The previous owner of the office, showroom and warehouse property has not been disclosed. The property was offered with vacant possession.

JLL manager, industrial Andrew Fife said the property was sold within two months of JLL being appointed despite it having been on the market for two years.

JLL has been appointed to lease the property.

The Shire of Serpentine Jarrahdale is calling for expressions of interest for a 20-hectare tourism site on Jarrahdale Road.

The land is currently used as a short-stay recreational vehicle area and is zone ‘special use’ within the Jarradale Heritage Park.

The land was originally used as a flour mill, before being converted to a timber mill.

Expressions of interest close on October 8 and any successful bidder must commence development within two years.