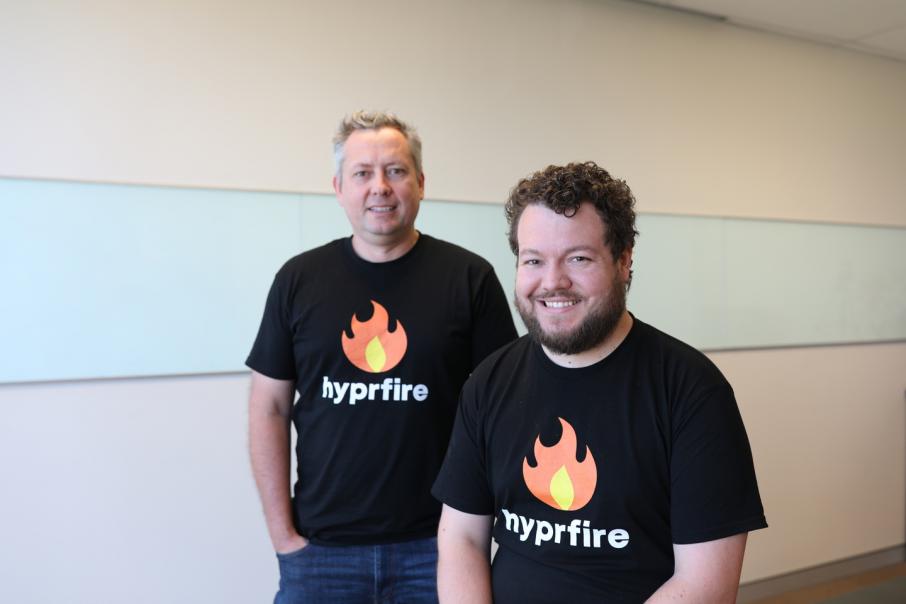 The company has successfully completed commercial trials of its Firebug product and is working with managed security service providers (MSSP) and business and government customers to roll it out in their networks.

The proceeds of its $2.25 million capital raising will be used to fund the commercial rollout.

The raising was supported by local investment banks Azure Capital and Ashanti Capital as advisers.

Hyprfire has also bolstered its board of directors, with David Buckingham joining as chairman.

Hyprfire’s commercial rollout is being led by managing director Tim Jones, who joined the company two years ago.

He described its Power AI platform as the new and better way of doing network security monitoring.

He said cyber security had become a huge issue for government agencies and companies, with news of every major breach adding to the concern.

“The timing plays into our hands,” Mr Jones said.

Mr Prandl said the Firebug product was a major shift in the market.

“Firebug allows companies to identify bad actors trying to breach their network and to hunt for bad actors already in the network ‘casing the joint’ to plan an attack, such as ransomware or theft of assets,” he said.

It has been designed to be more affordable, lighter and faster to deploy than previous generation detection solutions.

“It vastly reduces the amount of computing power you need, you can do this on a laptop,” Mr Prandl said.

Curtin University director of commercialisation Rohan McDougall said he was pleased with Hyprfire's progress and Curtin's role in its development.

“Curtin has a strong focus on research being closely aligned to industry need and effective cyber security solutions are critical to governments and businesses in the current commercial environment," he said.

Mr Prandl worked closely with Curtin associate professor Mihai Lazarescu, who was involved in developing the technology behind another Curtin spin-out, ASX-listed iCetana.

The development team was one of the winners at the 2017 Curtinnovation awards.

Development of the technology was helped by a $170,000 Accelerating Commercialisation grant in 2019.