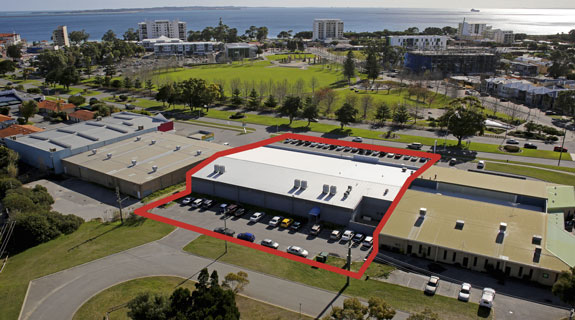 The AMF bowling site on Patterson Road is expected to attract keen interest.

The redevelopment of Rockingham Beach is set to continue, with a potential development site on Patterson Road coming to market through JLL.

JLL has been appointed to sell 38 Patterson Road, which is currently home to a recently refurbished AMF bowling centre.

However the property is located around 650 metres from the Rockingham Foreshore, in the City of Rockingham’s Waterfront Village precinct, which would allow development of up to 15 storeys.

JLL head of sales and investments WA, Nigel Freshwater, said the property’s long term lease with ASX-listed Ardent Leisure Group, as well as its redevelopment potential, gave it a dual-pronged strength of investment.

“At the same time, the site’s redevelopment potential is strengthened by its proximity to the new, local amenity, community services and public transport servicing the village.”

Any redevelopment of the site would have to be post-2020, once Ardent Leisure Group’s lease expires.

The group recently spent more than $2 million refurbishing the bowling alley, which generates passing income of around $237,000 per year.

“The strength of the investment is not only underpinned by the high calibre of this tenant and the long covenant, but also the capital invested during the current lease term,” JLL sales and investments WA director Phil Fogliani said.

There has been a raft of activity along Rockingham Beach since the City of Rockingham put in place new guidelines midway through last year.

Earlier this year, Business News reported there was more than $100 million in residential projects either under construction or approved to be built, which would collectively add more than 600 apartments to the area.

Developer Diploma Group is behind two of those projects, one a 76-apartment development on Flinders Lane, and the other a recently-completed Quest Serviced Apartments Hotel on the same street.

ASX-listed developer Cedar Woods Properties is also active in the area, with its Mangles Bay Marina joint venture with LandCorp progressing through the planning process, having received both state and federal government environmental approvals.

The Mangles Bay Marina has, however, been subject to a groundswell of opposition from a local residents group concerned with its potential impact on nearby Penguin Island and Point Peron.