Project patience can pay off 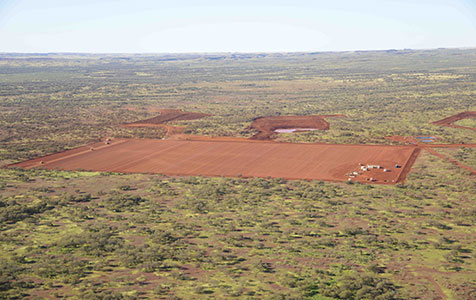 PATIENCE: The window of opportunity often stays open for quality projects such as the Roy Hill iron ore mine.

Western Australians are generally in a hurry to get things developed.

Whether it’s a new mine, or a new railway, or some other piece of infrastructure, there is often a rush to get underway.

In some cases haste is needed, but not always.

I’ve lost count of the number of times I’ve heard mining company executives talk about the “window of opportunity” for their project.

It’s usually because they are trying to hurry along the government of the day.

Yet more often than not, the window stays open, especially for quality projects.

Take the Roy Hill iron ore project as an example.

A decade after BHP Billiton and Rio Tinto kicked off the Pilbara iron ore expansion, Roy Hill has secured financial backing and is well on the way to first exports next year.

Many other projects that were chasing a “window of opportunity” have fallen by the wayside because they simply didn’t stack up.

One of the roles of government is to lay the groundwork for sustained long-term growth.

That includes an ability to see through the short-term noise and focus on the substantive long-term opportunities.

It’s often not appreciated that the big investments that have occurred in the Ord River irrigation area over the past five years were possible only because of the legwork that was done in the previous decade to secure a comprehensive native title agreement.

Against that backdrop, it was encouraging last week to see the state government announce a native title agreement with the Ngarluma people of the Pilbara, over 4,300 hectares of land intended for the Anketell Port project.

Sceptics would be tempted to put Anketell in the same basket as Oakajee – they were both rated as advanced projects a few years ago, only to fail when the crunch hit.

But that doesn’t mean they should be ignored, far from it.

As premier Colin Barnett said last week, the native title agreement provides “further certainty to a potential port builder and future users, and is imperative in ensuring that this site can be developed quickly as required.”

Whether that is Baosteel, as Mr Barnett has hinted, or another developer with deep pockets, doesn’t matter.

The same goes for Oakajee, where Mr Barnett has hinted CITIC will become the developer.

The underlying point is that both ports will help to unlock nearby iron ore deposits, at some point in the future.

A patient, methodical approach helps to avoid the kind of issues that blew up at Broome, after Mr Barnett unilaterally decided nearby James Price Point should be the location for a gas hub.

These principles apply across all aspects of infrastructure planning.

A prime example is the problem Mr Barnett created for himself when he made too many big-spending promises during the last state election.

The most egregious example was his commitment to a $2 billion airport rail line – a project that has still not been exposed to any detailed public cost-benefit analysis.

This is now one of many infrastructure projects competing for scarce dollars, and it’s a situation the state should not have got itself into.

The pay-off from patience is nicely illustrated by Western Australians acceptance of desalination as a core part of the state’s water supply.

Other states also built desalination plants, when they faced short-term water supply problems, only to be hit by a community backlash because they had not built a strong case for the new investment.

Now they are paying the price for their haste.