Progress takes over where Aspen left off 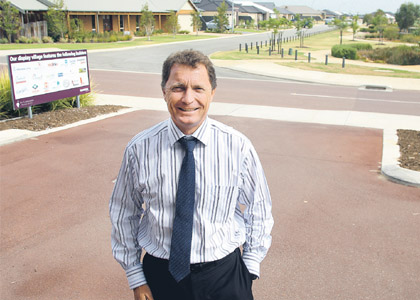 FEW of Western Australia’s listed property companies have had as torrid a time as Aspen Group over the past few years.

Overextended when the GFC hit and labouring to meet its debt requirements, the company was further rocked by a split in the board and the ugly showdown that followed.

There were never likely to be many winners from that situation but it appears one of the rare beneficiaries of Aspen’s trouble was former senior executive Chris Lewis, who until recently headed up residential property for the group.

When a recent strategic review identified land development as a business to exit, Mr Lewis found himself far from unemployed.

Instead, with the backing of Melbourne-based Little Property Group, he launched Progress Developments onto the local market in October, taking over much of the unwanted Aspen residential land development business and its staff to emerge, almost overnight, as one of the state’s top 20 players in the sector with estate holdings amounting to nearly 3,000 lots.

Progress has taken over the management of two Aspen estates in the Swan Valley, the 2,500-lot St Leonards and its smaller neighbour, Enclave at St Leonards. Little bought out Aspen’s 13 per cent interest in the main St Leonards syndicate but the Perth listed group has retained its 10 per cent ownership of Enclave, which is soon to be completed.

Recently, the Progress-Little joint venture went a step further with the purchase of a 27-hectare, 227-lot project at Caversham, which the group expects to have under construction later this year and hopes to have committed sales before 2013 finishes.

Mr Lewis said he got to know the Little group when it was looking at other assets held by Aspen.

“That was not really land development,” he said. “It was more built form and more commercially oriented development.”

Mr Lewis said sales had been solid since the new group took over the Aspen developments, with St Leonards having a particularly busy display village.

“We normally see January quite quiet but it has actually started off as a flyer.”

Little is represented in WA by former footballer Murray Rance, who also worked at Aspen.

The joint venture is seeking $14 million from sophisticated investors to fund the Caversham deal.

In its information memorandum, the joint venture reveals it bought the land in two parcels for nearly $18.2 million from two companies - Kunzia Pty Ltd and Sorrento Estates Pty Ltd.

Estates Developments managing director Fiona Roche is listed as a director of both companies.

Mr Lewis said syndicated investors had retreated from the market substantially in recent years but were re-emerging, especially with financiers proving more interested.

“On the en globo (wholesale land) side, the appetite is improving from financial institutions but is not strong,” he said.

“I think there are still some good opportunities that are out there.

“Interestingly, a lot of those opportunities have gone further through the planning curve.

“In many cases they have lower risk or less holding period before you put the development on the ground.

“That is starting to draw back the syndicated investors.”