Progress made on submarine cables 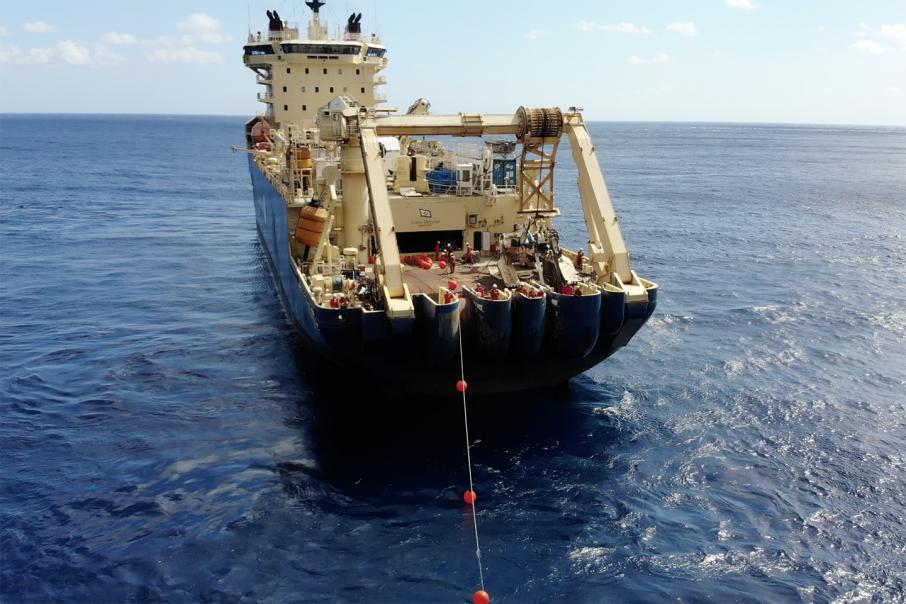 The cable-laying phase of Vocus Group’s Australia Singapore Cable (ASC) was completed last month, with the final splice having been completed south-east of Singapore.

Meanwhile, the process of laying the Indigo cable system between Perth, Singapore and Jakarta started this month near Christmas Island.

Each of the two competing new cables is designed to replace the single existing communication cable, while providing much greater capability.

The Indigo cable will operate at speeds of 36 terabits per second, delivering around 40 times more capacity than the current cable, while the ASC cable is designed to deliver a minimum of 40Tbps.

With a length of 4,600 kilometres, the ASC cable will extend the reach of Vocus Group’s 21,000km fibre network

Its network includes the North West Cable System, which was completed in 2016.

The process of laying the ASC cable has included using a 40-tonne plough to cut a trench through the seabed, where the cable is protected from ships and other threats.

With cable laying for the ASC complete, the project team will focus on installing, configuring and testing electrical and technology systems.

The system is due to be ready for service in the September quarter of this year, with Vocus saying it had already upgraded its terrestrial network to Sydney in preparation for increased business.

The cable landing station will be the Shenton Park data centre run by US company Equinix, which acquired Australian operator Metronode earlier this year.

The Indigo cable system is due to be completed in early 2019.

As well as the cable to Singapore, the project includes a submarine cable that will connect Perth to Sydney.

While the ASC and Indigo cables are proceeding, another planned cable to Perth is not.

Trident Subsea Cable has instead focused on a joint venture with Indonesian company Triasmitra to own and operate a fibre optic cable linking Singapore and Indonesia.