Profit statements to give Grylls a free kick

OPINION: Expect Brendon Grylls to go hard at BHP Billiton and Rio Tinto over his tax plan ahead of the March state election. 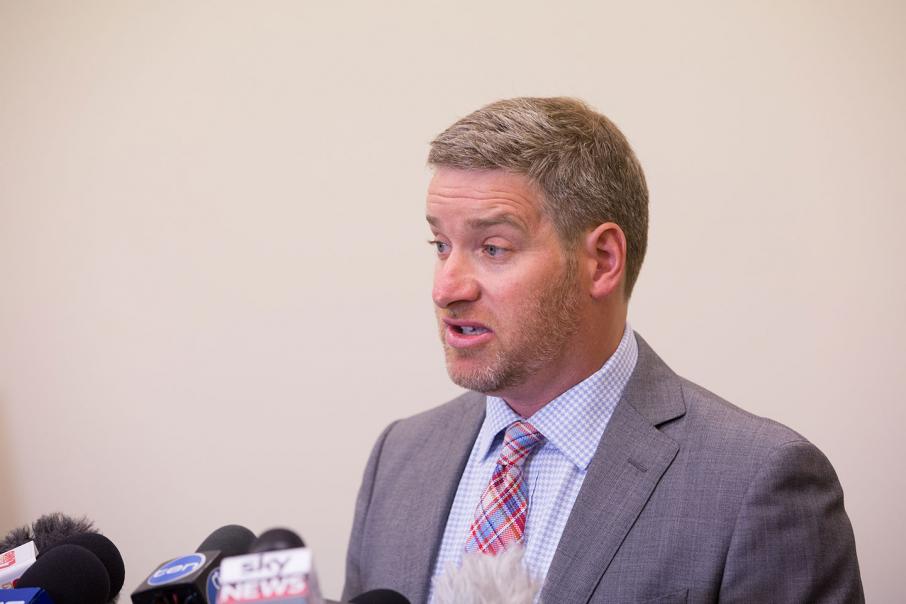 OPINION: Expect Brendon Grylls to go hard at BHP Billiton and Rio Tinto over his tax plan ahead of the March state election.

Brendon Grylls’ plan to hit some Western Australian iron ore miners with a big tax increase has been losing popular appeal since the miners started to fight back, but the maverick politician could be handed fresh ammunition to press his tax attack in coming weeks.

The problem for the miners being targeted for the increase in annual ‘rent’ of 25 cents per tonne of ore mined (to $5/t) is their outrageous success; and while success is rarely described as a problem, it will be seized on by Mr Grylls as a justification for his tax plan.

BHP Billiton and Rio Tinto are the only miners singled out for the tax increase, with the Nationals WA leader arguing that the 25-cents rent was set decades ago and is overdue for an increase.

The miners say what’s proposed would lift WA to the top of the global tax league and could jeopardise future investment.

If this sounds like a re-run of a previous federal government attempt to levy higher taxes on the miners, that’s because it is, albeit at a state level and selectively applied.

What’s different this time is that the tax debate is occurring weeks out from a state election and days away from the release of the latest profit statements from BHP Billiton and Rio Tinto – statements that could contain handsome dividend increases for investors.

Rio Tinto will be first cab off the reporting rank when it releases its profit statement for 2016 on February 8. BHP Billiton follows with its half-year report on February 21 – with the state election 18 days later, on March 11.

Early forecasts for the Rio Tinto full-year result is that it will be better than 2015. Investment bank UBS reckons the company’s pre-tax profit will be up by about 11.5 per cent to $7.7 billion, and while that could not be considered an outrageous increase there is speculation that shareholders will get a $US3 billion bonus in the form of a capital management program or share buy-back, which should boost the price of Rio Tinto shares.

A research note from another investment bank, Citi, said the key to the capital return to Rio Tinto shareholders lay in the improving financial health of the company, a result of lower operating costs and higher commodity prices.

That improvement, and the potential for a $US3 billion capital management program, is a perfect recipe for Mr Grylls to remind WA voters that, while the lion’s share of Rio Tinto’s profit is earned in WA (from iron ore, salt and diamonds), most of the winners from a buy-back do not live here.

Despite its claims to Australian roots, the reality is that Rio Tinto is a London-based company with a broad-based international shareholding structure.

While no-one should oppose investors, whether foreign or local, getting a fair return on their capital invested in WA mines, there is a timing issue at work because the capital was invested in the past and reward is being harvested now – just before a state election.

BHP Billiton is also likely to have had a solid December half, but it is also in the process of absorbing costs associated with a tailings dam accident in Brazil and tough trading conditions in its oil and gas division.

Citi, however, believes that BHP Billiton is also likely to increase returns to shareholders, but not until after its June 30 balance date.

The reason for Citi’s optimism for increased returns to shareholders from Rio Tinto and BHP Billiton is that both companies are close to achieving their debt-to-equity (gearing) targets, triggering a question of what to do with any excess equity not needed for day-to-day operations.

At other times in the business cycle, surplus capital would have been invested in expanding operations. But with abundant capacity, the trend for the next few years will be one of returning capital and paying fat dividends.

Mr Grylls should be able to use the February profit statements from his two tax targets, and possible return of capital, to his advantage in campaigning for the election, (no matter how misleading) when iron ore mining is looked at over the full capital-in, capital- out cycle.

Some investors are asking whether the oil industry has improved to the point where it might be time to buy oil and gas stocks.

There is no easy answer to that question, but there is a clue riding at sea off the Perth coastline.

Since the oil glut crashed the price of oil in mid-2014, there have been three oil tankers anchored in an area designated by Fremantle Port Authority as the ‘outer harbour’.

The tankers are parked there because there is no room at BP’s Kwinana refinery, so they are effectively floating storage systems required because of the global oil glut.

They are also an interesting local buy-sell signal for oil, because the three tankers at anchor in the outer harbour indicate the oil glut remains as big a problem as ever.

A signal to buy would come when the tanker count drops to one, or there are no tankers in the outer harbour.