Production under way at GWF-2

Gas is flowing at Woodside Petroleum’s Greater Western Flank-2 project, an extension of the North West Shelf Venture, with the company saying costs came in 30 per cent under budget. 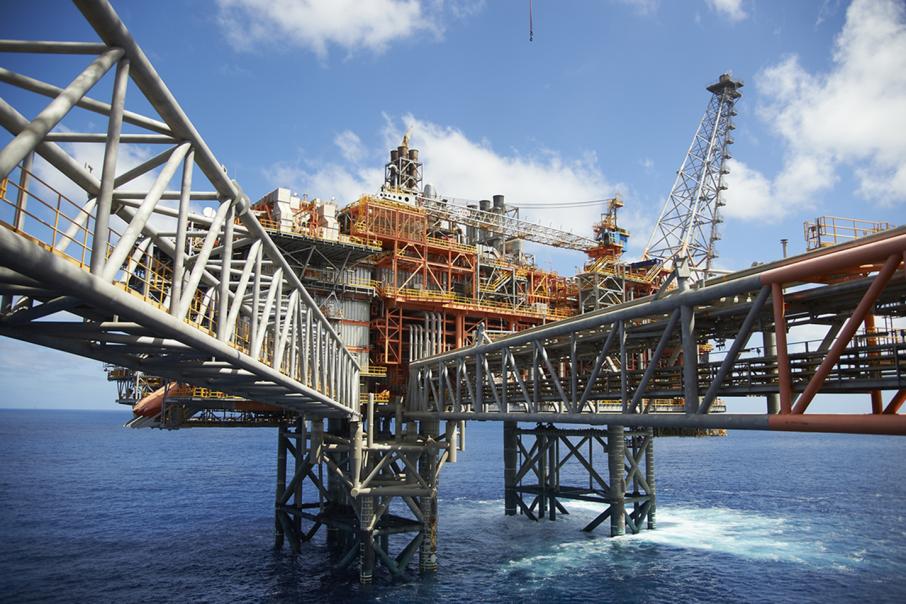 Gas from GWF-2 links to the North Rankin Complex via the Goodwyn A platform.

Gas is flowing at Woodside Petroleum’s Greater Western Flank-2 project, an extension of the North West Shelf Venture, with the company saying costs came in 30 per cent under budget.

The GWF-2 development ties into the existing Goodwyn A platform, and was given investment approval in December 2015.

It was intended to lift production after the first phase of GWF, completed in 2015.

That all feeds to the North Rankin Complex and onshore to the five-train Karratha gas plant on the Burrup Peninsula.

Woodside said GWF-2 had cost at about $US1.4 billion, $630 million below expected cost and six months ahead of schedule.

That bucks the trend of many recent oil and gas mega projects, which have generally suffered long delays and massive cost blowouts.

Woodside, under the leadership of chief executive Peter Coleman, operates the venture and has a 16.7 per cent stake, while BHP, BP, Chevron and Shell hold similar stakes.

Mitsubishi and Mitsui Co hold 8.3 per cent each through the Mimico vehicle.

“The project team has done an outstanding job executing and delivering GWF-2, which represents the next phase in gas supply to the NWS Goodwyn A platform, extending the life of the Karratha Gas Plant and contributing to Woodside achieving our targeted production of 100 million barrels of oil equivalent in 2020,” Mr Coleman said.

“This success has been achieved by combining the two GWF-2 drilling campaigns, accelerating project work packages and collaborating closely with our contractors.

“The capabilities demonstrated on the GWF-2 project will be carried forward as we embark on our next phase of growth, including our proposed developments of the Scarborough and Browse offshore gas resources.

“The Scarborough and Browse projects are part of our vision for the Burrup Hub, which would unlock the future value of the Karratha Gas Plant and Pluto LNG.”

Last week, Woodside reported the Greater Enfield oil project was 72 per cent complete at the end of the September quarter.

Drilling was continuing and subsea infrastructure installation was ongoing.

At Wheatstone, owned by partners including Chevron and Woodside, construction of the domestic gas plant was 98 per cent finished, Woodside said.