The state’s gold miners are positioning themselves to take advantage of the commodity’s surging value. 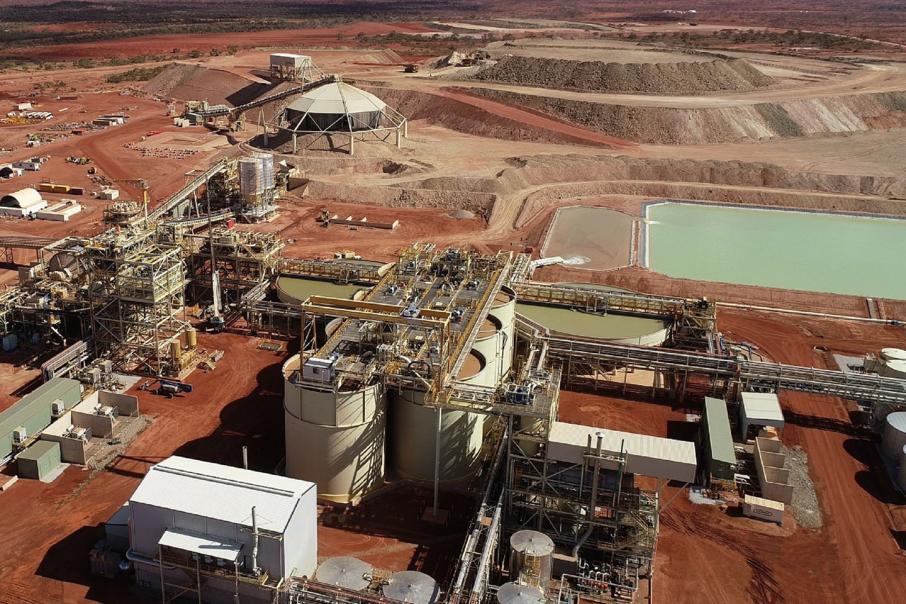 The state’s gold miners are positioning themselves to take advantage of the commodity’s surging value.

Western Australia’s gold majors are seeking to optimise their operations to boost output amid a flurry of consolidation and brownfields exploration currently dominating the local mid-tier market.

While a range of factors has contributed to historical highs for gold prices in recent months, output totals for some producers have not been as positive.

At the top of the WA gold miners list, a 32.3 per cent drop in production to 940,000 ounces at Newmont Goldcorp (see list page 21) stemmed from Bunbury port congestion hitting output at its Boddington mine, and production issues that affected its half-owned Kalgoorlie Super Pit.

Super Pit joint venture partner Barrick Gold is planning an exit from the mine and, by extension, its presence in WA (see page 17).

In the middle of the producers’ pack, St Barbara had delays commissioning a paste aggregate fill circuit at its Gwalia mine, and produced 48,000 fewer ounces.

The biggest gainers on the BNiQ gold miners list, Dacian Gold and Gascoyne Resources, significantly underperformed as production issues plagued their projects during ramp-up over the financial year.

Dacian had 67 per cent of its share price value wiped off in one day as it missed production guidance for the second time in a row, while Gascoyne collapsed into administration in June.

The $621 million mine poured first gold in early July, but production issues have plagued the operation.

The mine’s average production is forecast to reach 300,000oz per annum across its 12-year life.

Gold Fields chief executive Nick Holland said the company was unlikely to be adding new mines to its WA collection any time soon.

“With Gruyere we’re coming up past 1 million ounces per year in Australia, so our focus in the foreseeable future is going to be optimising our existing operations.”

Orminex is set to join the BNiQ list next year after it processed first gold at its Lakewood Mill earlier this month.

However, there is a dearth of significant new gold projects on the horizon, with Capricorn Metal’s 100,000oz per annum Karlawinda resource the only project worth over $100 million in the pipeline.

The $132 million project was expected be commissioned in the June quarter of 2019, but has been pushed back until the March quarter of 2021.

WA’s mid-tier miners have been on a mergers and acquisitions frenzy, as the high gold price underpins the desire to add ounces expeditiously to their existing operations.

The wave of consolidation continued with into 2019, with RNC Minerals buying Westgold Resources for $50 million, Pantoro acquiring Norseman Gold for $45 million, Saracen Mineral Holdings buying out Bligh Resources for $38.2 million, and Silver Lake dipping into the market again to secure EganStreet Resources for $52 million.

Echo Resources’ major shareholder, Northern Star Resources, is in pursuit of the junior for $193 million, but while the board has backed the offer, a blocking stake to the all-cash deal has emerged and complicated matters.

Following the same strategic rationale as the M&As, exploration budgets among the mid-cap players have climbed considerably, with the vast majority of the funds allocated to brownfields exploration.

Northern Star led the way after it budgeted a company record $76 million for exploration this fiscal year – $16 million more than the previous period .

“Exploration budgets for companies like Northern Star, Saracen and Evolution are probably the biggest in the world for companies that are relative to their production sizes,” Argonaut analyst James Wilson told Business News.

“Northern Star has now got around 170 geologists working for them, and that’s an extraordinary number for a mid-tier producer.”

However, the rapid increase in activity in the sector has outpaced any movement of graduates back into the industry, which has the potential to stifle the expansion plans of some producers.

A report from the Minerals Council of Australia revealed that close to 300 mining engineers were graduating every year during the resources investment boom, however, based on current enrolments at eight universities across the country, that number is likely to be only 50 graduates a year by 2023.

Additionally, the WA School of Mines has stated that more people are retiring this year than graduating.

Mr Wilson said the labour market in WA was very competitive due to these factors and that poaching of employees was increasingly prevalent.

“A lot of the old mine sites in WA have had to upgrade the quality of their camps to make them more palatable for people to come and work at,” he said.

“People think twice and say: ‘Well I could go to one that has a Masterchef kitchen instead of one that has thin walls where you can hear the bloke next door to you clipping his toenails’.”

Evolution Mining executive chairman Jake Klein said the labour market was one of the big headwinds to the sector.

“We have fewer people seeing the resources space as an attractive career option, this has been a structural shift which is something of deep concern,” Mr Klein told Business News.

“We’re very focused on building a culture within our organisation that is engaging to our employees, so that when someone rings and offers our employee a job up the road they say ‘no thank you, I’m happy here’.”

Gold Road managing director Duncan Gibbs said the skills shortages were more severe in some aspects of the industry than others.

“Underground mining is very tough to get people, and I certainly experienced that when I was the general manager of Sunrise,” he said.