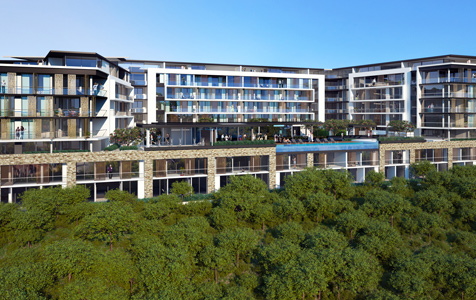 An artist's impression of the completed Aria project.

Construction has begun on Blackburne Property Group’s $145 million Aria apartments project in Swanbourne, with Probuild appointed to carry out the works.

The project, which is 65 per cent presold, is located opposite the Cottesloe Golf Course on the corner of Alfred Road and Milyarm Rise.

Works were originally slated to begin at the project in December, but due to the strong demand for the Aria offering, Blackburne brought the construction start forward.

Meanwhile, Blackburne is expected to receive approval for its newest inner-city apartment project later this week, located at 105 Stirling Street in Northbridge.

The developer is proposing to build a 22-level, 137-apartment project on the corner of Aberdeen Street and Stirling Street, with a construction cost of $44 million.

The project, which the City of Perth development assessment panel is expected approve when it meets on Thursday, will also include three commercial tenancies on the ground level. An artist's impression of the 105 Stirling Street proposal.