ProProperty Group has secured three deals out of the one property – signing a retail lease, selling the asset and securing management of the property. 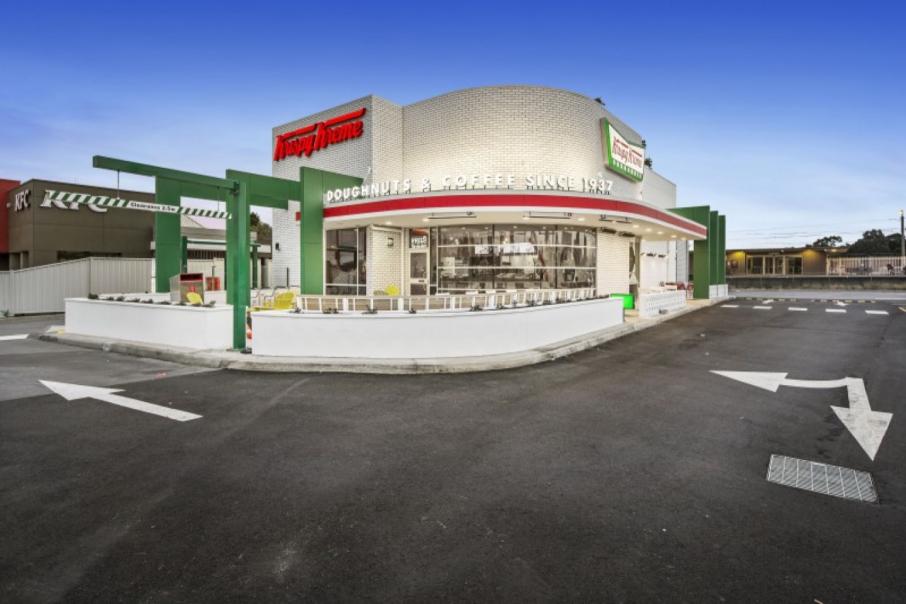 The Krispy Kreme Canning store is anticipated to open in mid-2021.

ProProperty Group has secured three deals out of the one property – signing a retail lease, selling the asset and securing management of the property.

The group initially negotiated a 35-year lease with Krispy Kreme for the 2,000 square metres of land located at 1441 Albany Highway.

ProProperty Group selling agents Christopher Tana and Ray Cafini then negotiated the sale of the property as a leased investment with a 5.8 per cent yield to an international syndicate.

“Sold at close to $2.4 million, the price achieved was deemed to be a strong result given the current uncertain market conditions, but represented a strong initial yield for the buyer given the strength of the lease, the built-in rental increases in that lease and the substantial size and reputation of the lessee,” Mr Cafini said.

He said the appeal of the Cannington city centre nearby and visibility along Albany Highway, coupled with the attraction of Carousel shopping centre, had been major factors influencing both the lessee’s and the purchaser’s commitment to the deals.

A private investor has purchased a former supermarket site in Subiaco for $15.5 million.

JLL sold the 3,117-square-metre site at 277 Barker Road, which sits adjacent to the Crossways Shopping Centre, following an expressions-of-interest campaign.

Meanwhile, Burgess Rawson has sold a new childcare centre to a Perth investor for $4.6 million at auction, on a 6.48 per cent yield.

Situated on a 1,737-square-metre site at 1 Forrest Road in Padbury, the centre is anchored by a 20-year lease and two 10-year options to Grassroots Childcare, operated under the NIDO brand by ASX-listed Think Childcare.

Further, a 388.7-square-metre, two-level office building at 642 Newcastle Street in Leederville has been sold for $1.49 million.