The potential axing of the Margaret River Pro from the World Surfing League’s Championship Tour has done little to dampen the outlook for the region’s surfing economy. 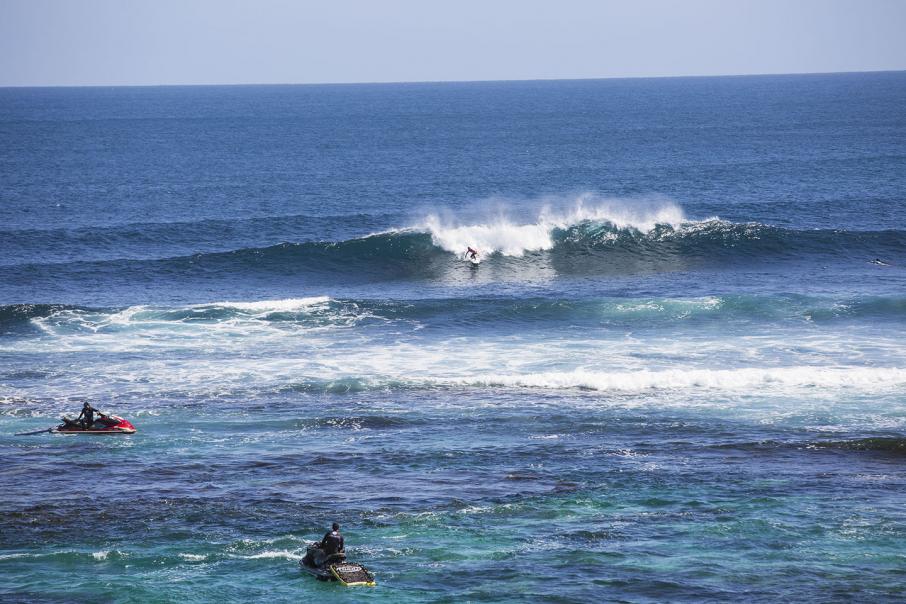 The potential axing of the Margaret River Pro from the World Surfing League’s Championship Tour has done little to dampen the outlook for the region’s surfing economy.

Like many locals in the Margaret River region, board shaper Matt Manners lives to surf.

Mr Manners has been surfing since he was 11 and shaping boards since he was 14, after he dropped out of school and looked for a way to make ends meet.

“I didn’t have a choice. I didn’t have an education, I’d slipped through the gaps at school and I just kind of fell into it,” Mr Manners told Business News.

“The door just opened, but even when I was shaping surfboards at 16 it wasn’t something I’d ever planned. I just needed money and I wanted to travel and do surf comps.”

Today, Matt Manners Surfboards has a reputation for being one of the state’s top manufacturers of boards – a reputation Mr Manners said had a lot to do with the natural attributes of Margaret River.

“It’s the premier surf destination in Australia,” he said.

“Our waves are amazing and our boards are proven and tested here, so it’s a great benefit for me to be here.”

Mr Manners is one of 12 surfboard shapers based between Yallingup and Margaret River, with the surf culture so entrenched it vies with the region’s wineries and foodie culture as its top tourist attractor.

“I think that exposure for the region is huge – you’ve got people from all around the world tuning in, watching the live stream, seeing world-class waves and hearing about the region.”

But there is a real chance that 2017 could be the last year Margs appears on the World Surfing League’s top-line events calendar, with rumours the Australian leg of the tour could be reduced to just two events – the Quicksilver Pro at Snapper Rocks on the Gold Coast and the Rip Curl Pro at Bells Beach, in Victoria.

If that were to occur, Margaret River would likely still be part of the World Surfing League, albeit as part of its second-tier qualifying series.

“Once you go to a qualifying series, there will be more surfers coming to town,” Mr Dutton said.

“On the championship tour, there are only 36 surfers.

“It could even create more business for the town if it goes to a QS, but at the same time, there is probably a lesser attraction for general punters who just want to see the main show.

“That’s debatable, but if it gets downgraded you may see a decline in certain areas of business, but in other places it will go up, because of the number of surfers.”

As well as repairing boards, Mr Dutton is a co-founder of the Foamlust Surf Festival, which runs at the same time as the Margaret River Pro.

Mr Dutton said the festival showcased the work of the region’s surfboard shapers, while also providing a glimpse into the sport’s history with a big collection of vintage boards, artwork and photographs.

“It’s a real solid industry,” he said. “That’s one of the reasons we got Foamlust up and running, to showcase those guys.

“These sorts of people aren’t in the spotlight compared to pro surfing, so it’s nice to do something for them as well.”

While Margaret River Chamber of Commerce and Industry executive director Rebecca Young said it would be a real disappointment to see the Margaret River Pro downgraded, she emphasised that surfing was not the only driver of South West tourism,
“Margaret River has also done well for itself internationally with the food and wine industry,” Ms Young said.

“I think the region will still thrive in those areas, and it is still a surf location that a lot of people want to come to.

“I don’t think it would be the end of the Margaret River economy, but we certainly hope it wouldn’t happen.”