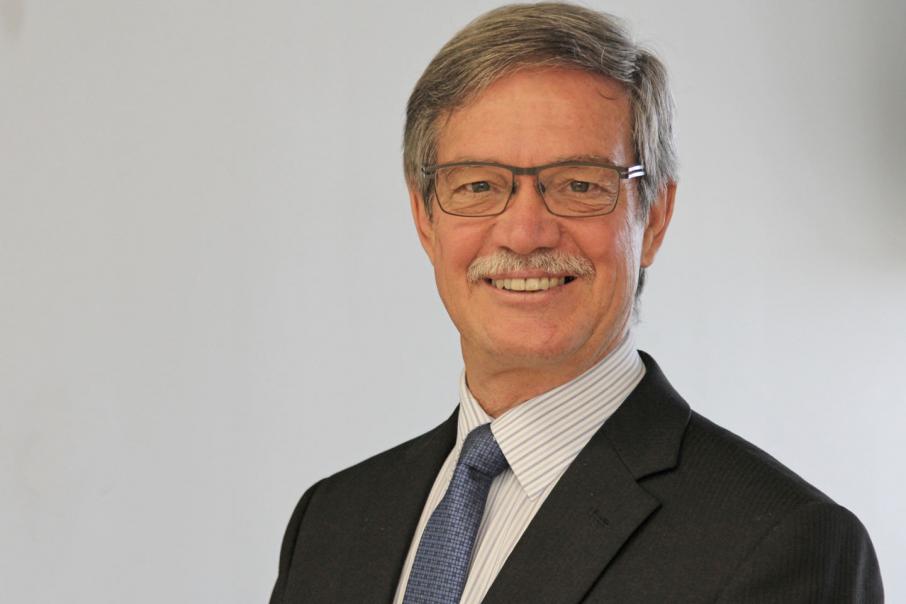 Mike Nahan says the state government will need to find new sources of funding aside from debt.

The treasurer’s comments follow the release of a report by the Chamber of Commerce and Industry of WA, which suggests privatisation could reduce operating costs on the electricity network by around 15 per cent.

Dr Nahan said there was no doubt that employment and job growth in Victoria and New South Wales had been aided by asset recycling and infrastructure investment.

“We need to grow the state, we need to have infrastructure, (and) the state has to have other sources of funding it,” Dr Nahan said at the launch of the report this morning.

“If you are going to undertake major infrastructure investment, this is the time to do it.

“We have experienced a 20 to 30 per cent drop in our cost of building.”

Dr Nahan highlighted the Mandurah railway line as one example, with $300 million from the privatisation of Alinta in 2000 going into a fund for the project.

A full sale could raise between $12 billion and $16 billion, according to the report produced by CCI and PwC.

Western Power has a regulated asset base of $11 billion.

Dr Nahan flagged that the base could shrink, however, depending on upcoming decisions by the Economic Regulation Authority.

Part of the sale proceeds would go to clearing the entity’s borrowings, which are around $7.4 billion.

The treasurer repeated his argument that Western Power was not a cash cow for the state.

“We can not see any time in the future where the (cash) flow is positive,” Dr Nahan said.

“Yes it pays a dividend, it doesn't pay income tax because it has too many offsetting losses.”

The state government would not lose that potential stream anyway if it maintained part ownership of the entity, he said.

Dr Nahan highlighted research by EY released last year that showed electricity network costs fell in real terms in the period since privatisation in South Australia and Victoria, while costs more than doubled in NSW and Queensland, where networks are state owned.

“All I can say is, the regulator sets the boundaries,” Dr Nahan said.

The government was committed to a continued subsidy for residential consumers which would gradually be reduced over time due to lower network costs from privatisation, Dr Nahan said.

According to the report, network costs typically represent between 38 to 60 per cent of electricity retail costs.

“Comparing relative retail prices across states is challenging as overall electricity prices are influenced by various factors including wholesale generation costs, retail margins, and consumption and energy mix (ie electricity vs gas use) which varies considerably by state- as well as network costs,” the report said.

Analysis also found privatised networks in SA and Victoria had been more efficient than state-owned or partly state owned assets, even for grids with a very low customer density.

Today’s release follows a report earlier this year by Infrastructure Australia calling on state governments to transfer public-owned electricity businesses to the private sector, on the basis that there were limited incentives to innovate or increase efficiency in a state-owned structure.

“Dr Nahan told today’s breakfast that PwC had produced this report without payment from the state government,” Mr McLaughlan said.

“Given the enthusiasm PwC has expressed for privatising Western Power, one wonders whether this is really about positioning their business for the millions of dollars in consultancy fees that would flow in managing the privatisation process.

“Bizarrely, PwC spends a substantial part of its report providing political advice to the state government on how they can convince the community that privatisation is a good thing.

“This is not surprising, given PwC has previously advised governments on privatisation in other Australian states.

“With a strong commercial interest in privatisation, it is not surprising that PwC has selectively chosen statistics and case studies to support their case.

“In its report, PwC does not mention the fact that the Australian states with the highest power bills are in fact the states where there has been a complete privatisation of poles and wires. In Victoria and SA, households pay hundreds of dollars more each year for their power, a point which was conceded this week by Dr Nahan.

“The PwC report also neglects to mention that faulty privatised power lines were found to have caused five of the worst Victorian Black Saturday bushfires in 2009, and that underinvestment in the networks and preventative maintenance were key factors.”

“I remember a few bushfires in WA in the past five or six years,” he said.

“I don’t think government ownership of Western Power caused the Parkerville fire, or had anything to do with the Yarloop fire.”

Nor did private ownership cause interstate bushfires, Dr Nahan said.

But he thought it was important that the government had been moving to take regulation out of Western Power.

CCI chief executive Deidre Willmott said the chamber had been supportive of privatisation since the 1980s, and asset recycling would fund investment in the state’s economy with a stimulating effect.

Responding to campaigns against a potential sale, Ms Willmott said she hoped the report could clarify the facts.

“We certainly hope that the injection of research and facts in this debate will help us all as this issue is discussed in the lead up to the March 2017 state election,” she said.

“We’ve seen this (campaigning) in other jurisdictions, to that extent it was predictable.

“But life has moved on since we’ve seen those sorts of campaigns.