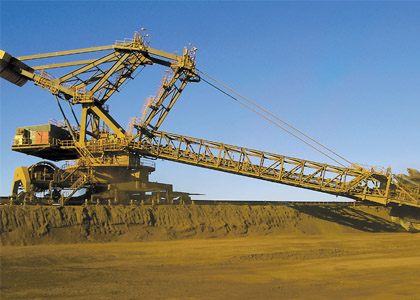 AS the March 9 election approaches, Western Australians are being enticed by both sides of politics with big-picture visionary projects.

These are not the dams that were once so popular in other states, but in our case train lines and other infrastructure (for which we are not shown the cost/benefit calculations that indicate whether they are, or are close to being, the best use of today’s resources).

While the high level of state debt and tight fiscal position should dampen enthusiasm for new pet projects, prospects of higher royalties stemming from increases in iron-ore prices are already loosening the purse strings.

So rather than write a wish list of new projects, we encourage all candidates running for the next parliament to consider the real ‘big picture’ - that is, not to promise expensive, big projects that require taxpayers to prop them up for decades. Instead, the state should be left better able to cope with harder times, lower royalties and a reduced flow of government revenue.

No doubt some will point to the CY O’Conner water pipeline and other examples of vision, which have delivered benefits exceeding opportunity cost. But grand visions generally have a mixed, even poor, record. Just as history will probably judge some of, say, the Royalties for Regions projects worthwhile, in other instances, much public spending will prove less than optimal.

Those advocating the need for visionary projects and government-led spending assume that, within government, particular leaders and decision makers have insights that are superior to those of the many individuals and businesses making millions of separate decisions each day.

There is superpower for those not exposed to market forces to make sound investments. There will be a reason that private money is not volunteered for a project, and that may be that the project yields benefits that cannot be captured by the investor (externalities). In this case, if it should at the time be the best use of public resources, then a subsidy equivalent to the public benefit of the externality would be appropriate.

However, the reason could be that the particular investment is not, or not yet, the best employment of capital. As has been said already, visions financed by taxes have a poor record; the visions of the 1920s, not least railway lines, contributed to WA’s difficulties in the 1930s.

When large sums of public money are spent on visionary projects, there is an implicit decision not to reduce taxes or return the money to the taxpayers.

For some similar resources-rich provinces in Canada, during mining booms their state governments have reduced state taxes and given surplus funds directly back to taxpayers.

Unfortunately, due to the addiction of political leaders to visionary projects, we should not expect tax reductions any time soon.

This brings us back to what we view as the real ‘big picture’.

Most of these ideas are laid out in Project Western Australia, which was a joint Mannkal-Institute of Public Affairs study launched late last year. (See: http://www.mannkal.org/pro-jectwa.php.)

Philosophically, this is about the government doing less and allowing the private sector to invest without instruction and excess regulation.

Western Australians should improve productivity, and the government has much that it could do here, especially in industrial relations and reducing red tape. One way this can be achieved is by appointing a special commissioner to cut red tape. In Victoria this role was given to John Lloyd, who reports directly to the treasurer.

There is also the potential for politicians to return funds to the public by lower taxes and reducing costs. This should not be done, as some suggest, by indirectly subsidising electricity users but by lowering or abolishing stamp duty and payroll taxes. To highlight the problems with the curse of visionary projects (although not stated in such blunt terms), the Chamber of Commerce and Industry WA has launched a ‘Vote 1 for Business’ initiative to try and shift attention from big-ticket spending to lower taxes and reduced regulation. Many readers of this paper, though not necessarily the public, will agree with these sentiments because they are based on sound economics, not populist vote buying.

On this topic, at a Committee for Economic Development of Australia function earlier this month, former WA treasurer Christian Porter noted that more voices are needed when probusiness and spending cuts are proposed. Noisy, vested interests draw plenty of attention when access to taxpayer funds is reduced or curtailed. However, if we want to enjoy real prosperity in this state, it will be from small businesses employing individuals who make a difference, not from the redistribution or spending of taxes.

Once voters are given a choice, they may not actually want their taxes to be directed to grandiose projects and visionary schemes, but prefer the money back in their pocket.

• John Hyde was the federal member for Moore from 1974-1983 and Andrew Pickford is a senior fellow at the Mannkal Economic Education Foundation. They are co-authors of ‘Project Western Australia: A growth and productivity agenda for the next State Government’.