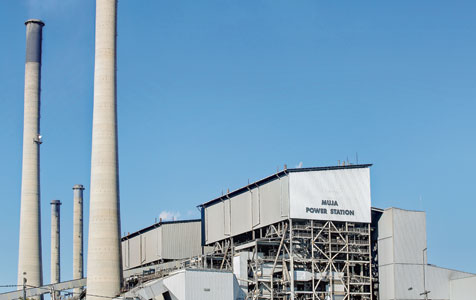 The WA Independent Power Association welcomed the release of the state government’s report into the refurbishment of the Muja Station, saying it provided industry and the public with some transparency into the troubled venture.

The Barnett government has poured $289.8 million into the project to date, despite it being originally slated to not cost taxpayers a cent.

The government initially forecast the refurbishment to cost $150 million, which would be paid for by Verve Energy’s private sector partner, engineering group Kempe.

Kempe withdrew from the project, leaving taxpayers to pick up the bill.

Two of the four power generation units have been repaired at the station, but the remaining two remain in a state of disrepair.

The state government announced last week it planned to complete the refurbishment, costing an additional $46 million, taking the total spend to $336 million, and then sell at least half of the asset to the private sector.

Energy Minister Mike Nahan said that plan would allow the government to break even on its investment in the station.

IPA chairman Richard Harris said a number of private power companies had been given the opportunity to consider purchasing the station prior to its refurbishment, but considered the investment too risky.

“While the report recommends the continuation of the refurbishment, we are doubtful it will ever be profitable,” Mr Harris said.

“The total cost of money already spent and money to complete the refurbishment would equate to the cost of the new Midland Health Campus, at a time when the Minister has said we do not need any more capacity in the market.”

Mr Harris also said the association believed the bungling of the Muja refurbishment demonstrated the private sector’s concerns with a re-merger of Verve and Synergy.

“Without appropriate structures and accountability, the WA IPA is concerned about the ability of the re-merged entity to act in a manner which will maximise its short term profitability at the expense of competition in the electricity sector – and ultimately the longer term costs to consumers – as has been the case in the disastrous Muja AB refurbishment,” he said.

Mr Nicolaou said the private sector had proven its ability to deliver infrastructure in a more efficient manner.

"The government should be starting the process of stepping out of the energy market, rather than choosing to invest more taxpayer dollars in power generation, providing greater scope for the government to invest in other infrastructure priority areas," Mr Nicolaou said.

"The recommissioning of the Muja power station clearly hasn't delivered value for taxpayers to date.

"Any future development must be backed up with a rigorous assessment that demonstrates that further funding will deliver a positive outcome for taxpayers and the energy market."

Mr Nicolaou called on the gvovernment to clarify its role in the energy market and how it intends to encourage private sector investment.