The state government and land developers should work together to source private investment for future transport projects, according to ‘entrepreneur rail model’ advocate, Peter Newman. 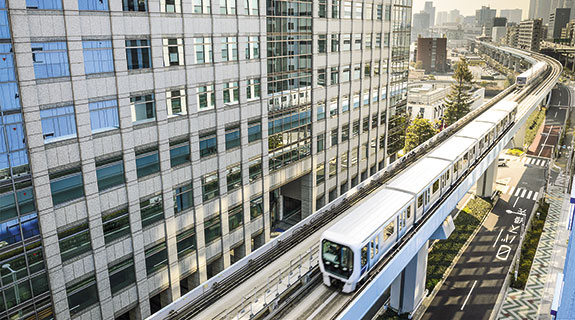 The state government and land developers should work together to source private investment for future transport projects, according to ‘entrepreneur rail model’ advocate, Peter Newman.

The professor of sustainability at Curtin University supports a model whereby governments start work on transport projects by evaluating potential land redevelopments, work out funding, and then model passenger numbers, which is a reversal of the traditional process.

Professor Newman said the benefits would be threefold, with a large portion of project costs contributed by the private sector, more urban redevelopment, and fewer unfunded project announcements that never eventuated.

“Where is redevelopment most needed?

“Then you link that together, and use the private sector’s land development opportunities to help fund it.

“That’s the approach of various (places) around the world.”

While the entrepreneur rail model has not yet been used in Australia, Professor Newman said local finance players had expressed an interest in being involved in such a system, with his team currently investigating a procurement model.

Developers would be willing to pay because they’d be able to unlock land that would connect into a transport network, he said, while the state government would cover a smaller portion of the capital cost.

That made more sense than building a train line and landholders along the route earning sudden windfall profits, he said.

“The transport people get together with land developers and financiers and together they come up with a proposal,” Professor Newman said.

“That combination of transport and developer is the thing that’s been lacking up until now.

“If you can’t get the money it’s just not worth pursuing it.”

Last month, Business News reported on the ‘value capture’ mechanism as a way to pay for infrastructure projects, where the state government earns long-term revenue taxing capital gains generated by the investment.

In that case, other taxes could be cut as the revenue would be generated through a different source.

About 80 per cent of the cost of the Mandurah rail line could’ve been paid for by value capture, if it had been in operation.

In Hong Kong, the public transport system runs at a profit, with a private company using the value capture model and building residential developments above stations.

Ultimately, unlocking inner-city land for urban redevelopment would bring other benefits, such as lower congestion, according to Professor Newman.

A further idea that could partly fund infrastructure investment while improving urban density would be selling air rights over car parks at train stations for apartments.

“That’s the kind of thinking they’ve got to do,” Professor Newman said.

“They have been doing air rights calculations on various things, including Forrestfield land.”

But he said planning transport infrastructure around land developments would be a more sophisticated solution.

In Sydney, the state government reportedly issued tenders last month for the building of apartment complexes over stations to be built along a new train line.

The Committee for Sydney is reported to have backed the approach.