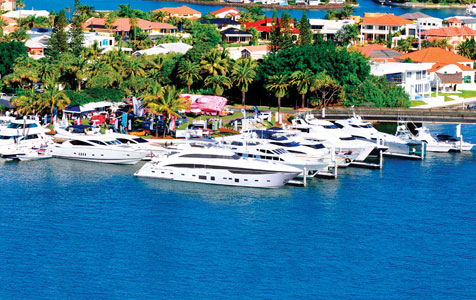 The purchase coincides with the construction of a $6 million marina in Fremantle by Princess Yachts Australia, the first of its kind in the state and scheduled for completion later this year.

Grant Torrens described the alliance as “the biggest news to be announced in the Australian marine industry for quite some time”.

The allied group will offer yacht sales and brokerage for luxury motor craft through its Gold Coast headquarters and offices in Perth and Sydney, with future plans to expand into Adelaide, Melbourne and New Zealand.

Princess Yachts Australia’s Perth branch general manager, Brett Kirkwood, added the alliance granted the company access to the broker’s large national and international listings for brokerage and “access to a clientele which are in the super yacht league”.

Grant Torrens International Marine’s national brand development director, Mitchell Torrens, said the broker was very keen to take advantage of Princess Yachts Australia’s Perth facilities and was looking to “expand into Perth in a major way” adding that the broker saw Perth as one of “the major growth capitals of Australia” and wanted to grow with it.

He also said the news was an exciting change for the industry as a whole, stating that other Australian marine companies were “all moving offshore or closing down, you don’t really see many marine companies spending money and investing in the future”.

On the deal itself, Mitchell Torrens said the family owned business was looking forward to working with the Princess brand, adding “with our great sales technique we’ll love to see more Princesses on the water”.