Primewest has unveiled the second stage of its $100 million plan for the City of Joondalup, pushing ahead with an $80 million proposal for a 12,000 square metre office building, with parking for 150 vehicles. 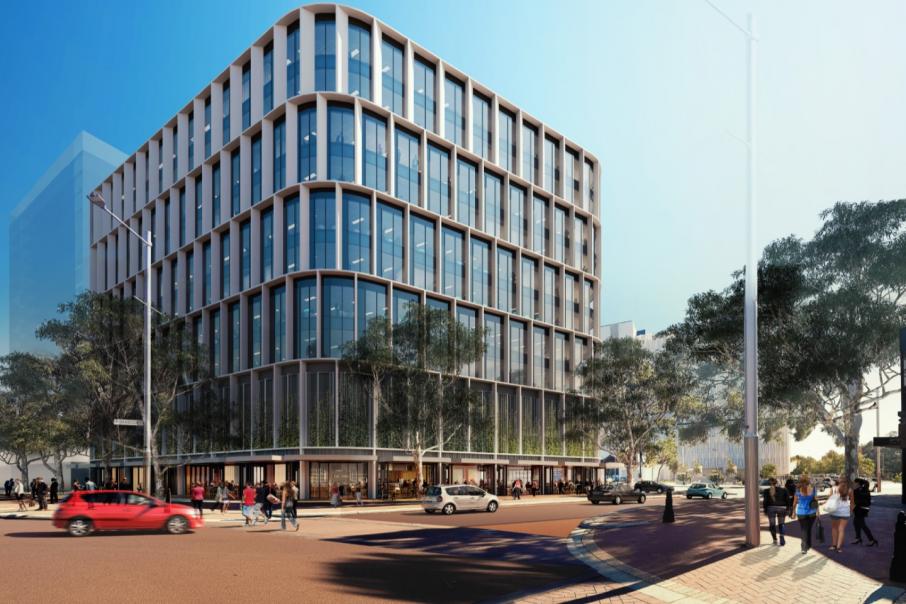 The new office building will be the second development on Primewest’s 1.2 hectare site in Joondalup.

Primewest has unveiled the second stage of its $100 million plan for the City of Joondalup, pushing ahead with an $80 million proposal for a 12,000 square metre office building, with parking for 150 vehicles.

The building will be the second development on the national property fund manager’s 1.2 hectare Joondalup site, following the delivery of Primewest’s 10,000sqm stage one office building, Prime House.

Like Prime House, the building will have a five-star green-star rating – an internationally recognised sustainability rating system certified by the Green Building Council Australia.

Primewest managing director David Schwartz said the company had been a long-term investor in the City of Joondalup and had a vision to help create a vibrant and active precinct which featured various asset classes, as well as a new public open space that he hoped would enhance Joondalup’s city centre and encourage further development in the area.

“It has long been Primewest’s vision to create a central business hub for Joondalup and with our landmark site opposite the Joondalup Health Campus we are well on our way to achieving that,” Mr Schwartz said.

“Ideally we want to provide the accommodation of choice for prospective tenants wishing to locate within the growing Joondalup city centre.”

The Primewest office hub is located opposite the Joondalup Health Campus, which is anticipated to commence a $254 million expansion in 2020.

Joondalup mayor Albert Jacob said the city was excited by the Primewest proposal and was looking forward to the lodgement of the development application.

“The neighbouring Primewest development which houses the Department of Water and Environment Regulation has helped to create opportunities for people living in the northern suburbs to work closer to home as well as enhancing the vitality and vibrancy of the Joondalup city centre.

“We look forward to this proposed development achieving similar outcomes by vastly increasing the number of people who visit Joondalup for work, retail and commercial purposes.”

“Our city centre has seen massive growth and change over the past two decades and work is ongoing to attract investment and development so that Joondalup will realise its potential of being a vibrant CBD that is attractive for visitors, businesses and residents.”