A long-running campaign to sell a 50 per cent stake in Exchange Tower is coming to a close, with property syndicator Primewest to pay $113.5 million for half of the CBD skyscraper. 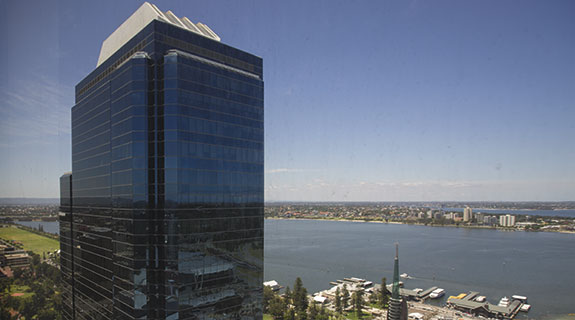 A long-running campaign to sell a 50 per cent stake in Exchange Tower is coming to a close, with property syndicator Primewest to pay $113.5 million for half of the CBD skyscraper.

Primewest is understood to have gone to market earlier this month to raise funds for the acquisition, initially seeking to raise around $67 million.

Business News understands investors were keen to get on board and pledged to tip in up to $30 million more than the target, with the raising totalling between $80 million and $90 million.

The deal was brokered jointly by JLL and CBRE.

JLL managing director John Williams said the price paid was reflective of the building’s 45 per cent vacancy and the need for around $30 million of improvements to take it up to market standard, rather than being indicative of what office towers were worth in current market conditions in Perth.

AMP Capital’s Wholesale Office Fund, which waived its right of first refusal of any deal earlier this year, and the unlisted Private Property Syndicate, which is controlled by Colonial First State Global Asset Management, were joint owners of Exchange Tower.

Primewest will secure the Private Property Syndicate’s 50 per cent stake, after a $120 million sale to a fund managed by Morgan Stanley, which was reported earlier this year, was not able to reach completion.

A deal for the half share in Exchange Tower has been in the works for more than two years, with separate campaigns launched in 2013 and 2014 unable to reach a suitable deal.

In both of those campaigns, the stake was tipped to fetch about $180 million.

Nevertheless, the Exchange Tower transaction is the largest deal to be completed in Perth in 2015, pipping the Australian Taxation Office in Northbridge, which was sold to Warrington Property Group in September for $101 million.
Warrington bought the six-storey ATO building in partnership with global investment giant Goldman Sachs.

German financier DekaBank sold the ATO building, having put it on the market in April at a sale price of $130 million.

Other major deals in 2015 included the sale of the Monadelphous building in Victoria Park, which was bought by Singapore’s Rockworth Capital Partners for $72.8 million from its developer, Finbar Group, and the $59 million sale of the ConocoPhillips building in West Perth, which Primewest sold to Perpetual Corporate Trust in October.

The Insurance Commission of Western Australia is also expected to finalise a deal soon to sell its office towers, Westralia Plaza, Westralia Square and Forrest Centre, which it put on the market in April.

The office buildings were part of an $800 million portfolio that also included two shopping centres – The Shops at Ellenbrook and Livingston Marketplace in Canning Vale – which were bought by Vicinity Centres in a $319 million deal announced late last month.

At the time of the sale of the shopping malls, a spokesperson for ICWA said a deal to sell the office properties was being finalised and would be announced in coming weeks.